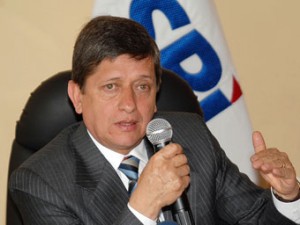 Four months ago, Carlos Marx Carrasco, Director of The Internal Revenue Service(SRI for its spanish acronym), announced reforms to the tax code to speed up tax disputes and their respective penalties and fees, but desisted since the new Organic code of Criminal Procedures (COIP for its soanish acronym) will incorporate the changes that he sought.

In article 286, 20 typifications of offences or crimes are detailed in the fifth section of the COIP, referred to as “Crimes against the regime of development,”, with penalties ranging from one to ten years of deprivation of freedom.

Also includes the penalty of up to three years in prison for those who trade for consumption, without rectifying spirits or alcohol bottling and falsely volume or alcoholic strength of the product subject to the tax outside the tolerance limit set by the Ecuadorian Institute for Standardization (INEN for its spanish acronym).

It punishes those who use data, information or false or forged documents in the application form, update or deletion of records kept by the tax administrations. Just as those who perform activities in a closed establishment.