The percentage of Ecuadorians who buy in retail chains grows

The penetration of mass consumption chains increased due to an aggressive expansion strategy, because there is still an unattended market. 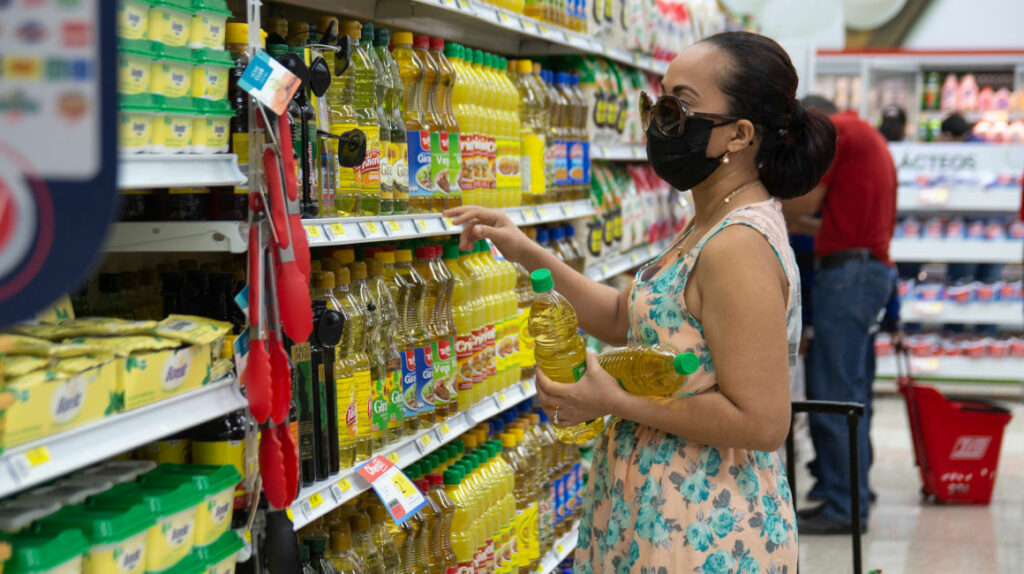 A woman shops at an Almacenes Tía store, in Ecuador, in 2022.

The mass consumption business had a good year in 2021, with a growth in the value of the shopping basket of Ecuadorians of 10% compared to 2020.

And, the trend is expected to continue in 2022, although with a smaller increase of 4%, says the market consultant Kantar.

The projection responds to the penetration registered by mass consumption chains, which has increased between one and 14 percentage points, between April 2022 and the same month of 2021.

Penetration is an indicator that establishes the percentage of households that purchase products in retail or mass consumption stores.

The increase in the penetration of mass consumption chains in the country is explained by the physical and digital expansion of these businesses, which consider that there is an unattended market.

About 50% of the market share corresponds to mass consumption chains; the rest is served by stores, fairs and markets, explains Juan Daniel Guadamud, regional manager of Almacenes Tía.

On June 10 and 11, Almacenes Tía opened two stores, in Durán and Milagro, with which it registers 246 stores.

“We analyze the sectors and invest in those in which the population is growing and there is interesting economic activity,” says Guadamud, who adds that a new store will be opened in Manta, which will add seven branches in that city.

Grupo Ortíz also opened a Coral hypermarket, with more than 22,000 square meters, in the south of Quito, on June 10. The inauguration takes place two months after the opening of a hypermarket in Guayaquil.

To expand, the group has announced an investment of USD 30 million a year.

The increase in penetration, through the expansion of brands, seeks to offset the fall in average spending on household purchases.

This reduction is explained because people look for discounts, migrate to cheaper brands or buy less, in response to inflation .

In the country, there are also pharmacy chains that have diversified their offer and are now considered in the mass consumption segment.

Among the brands that have migrated to the mass consumption segment are Fybeca and Sana Sana, from Corporación GPF, which is part of the Mexican retail conglomerate Femsa.

With the increase in the penetration of mass consumption in the country, the group plans to open 160 stores a year .

The plan represents an investment of USD 35 million and 500 direct jobs per year.

Some of the new stores are opening in smaller cities with fewer than 100,000 inhabitants, such as Otavalo and Quevedo.

Currently, Corporación GPF has more than 850 pharmacies under its umbrella, of which 201 are Fybeca. And, there are 480 company-run Sana Sana locations and 170 operating as franchises.

In search of omnichannel

For this reason, Almacenes Tía acquired 60% of the shareholding of the Delivereo courier service.

“Digital channels are growing by leaps and bounds,” says Guadamud, who affirms that the company’s plan is to reach customers through omnichannel or the use of different channels to reach the customer, such as social networks, website, local .

Along these lines, Fybeca has also improved its call center, its website and its mobile application, to improve the shopping experience for all customers, says Salvador.