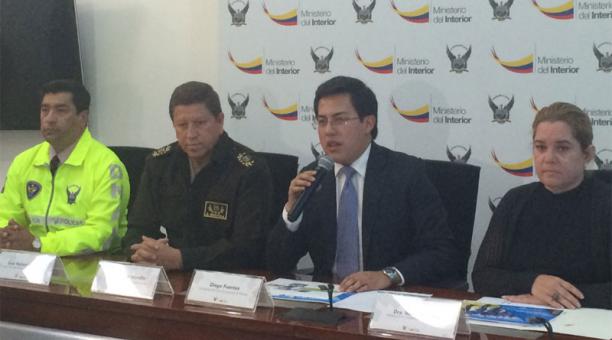 12 people were arrested the early morning of October 1, 2016, for allegedly being associated with national and international cocaine trafficking. This was announced by Deputy Minister of Internal Security, Diego Fuentes, in a press conference held in the Ministry of Interior. According to sources, this is a significant step towards the fight against drug trafficking and consumption. After a four-month investigation, it was determined that the band brought the alkaloid from Colombia.

Once the drugs entered the country, he took it to Atuntaqui, the location of his collection center. There, the substance would have been camouflaged in handicrafts, clothing and other items (known as parallel mails) to be transferred to Pichincha, Guayas, Carchi, Imbabura, Tungurahua, Chimborazo, and Sucumbios. In Quito, the drug would have been distributed in areas such as La Bota, Carapungo, El Recreo, Santa Rita, Chillogallo and La Ecuatoriana. For the transfer of the alkaloid abroad, the organization would have used human couriers. That is, people would have transported the drug on their clothing or luggage through airports in Quito and Guayaquil. According to investigations, the destinations have been five countries in the Americas and six in Europe.

The EU can not enter used goods into Ecuador