The possible role of Alexis Mera in the OAS worries NGOs 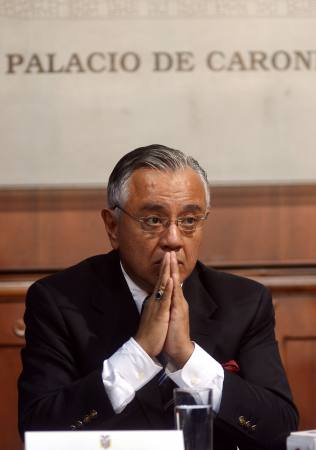 The nomination of Alexis Mera, a former legal secretary during the term of President Rafael Correa, to an OAS justice organization generates concern in a part of civil society.

The Ecuadorian State nominated him for the board of directors of the Justice Studies Center of the Americas (JSCA), which was created by the Organization of American States (OAS) to collaborate with the “modernization of justice systems in the continent,” according to its website.

Tomorrow the OAS will elect three members of the JSCA council, as part of a partial renewal, in a meeting held in Cancún, Mexico. The instance is composed of seven members.

Mera’s nomination is questioned by 19 social organizations and 10 citizens, who asked President Lenin Moreno to withdraw it.
In a letter sent to Moreno last week, the 29 signatories concluded that the jurist’s presence in the international organization “would set a serious precedent in the defense of human rights.”
And they alluded to his “systematic disrespect for the Constitution, international treaties and universal principles of law,” and his “misogynist speech” against women. (I)