The President of Argentina will request jurisdiction to pay the debt 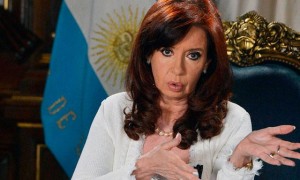 The President of Argentina Cristina Fernandez, announced on Tuesday she will send to the Congress a bill to put under Argentinian jurisdiction all the sovereign debt tittles. In this way, the Argentine government would seek to circumvent the blockade of funds that the American justice put to the South American country for a debt to investors who claim $ 1,500 million.

By decision of the American judge Thomas Griesa, The Bank of New York Mellon maintains about 540 million held.

Provided that if the redeemed bonds creditors voluntarily accept this new proposal, the President said that Argentina will open a new exchange of securities “governed by laws and local jurisdiction in identical financial terms and conditions and for the same nominal value” than the current bonds.

With this strategy, the government, which needs the backing of the Congress, would remove The Bank of New York Mellon as trustee and appoint in its replacement to the National Trust SA, which will have a special account at the Central Bank of Argentina.

The project clarifies that the acceptance of this new trustee is voluntary.