The Price of Banana for 2011 Will Be Set Next Week 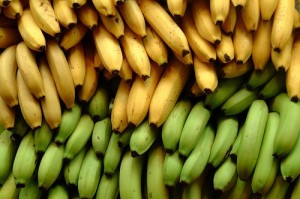 Undersecretary of Agriculture, Rafael Guerrero Burgos, reported Tuesday that the support set price of the banana crate for 2011 would be revealed next week.

Guerrero explained that President Rafael Correa has to sign the ministerial agreement so that an Advisory Council (negotiating table where representatives meet) is convened. The Council is setting the minimum price for the banana crate. The Ministry of Agriculture will set the price if the Council fails to get to an agreement.

According to the current banana law, the Advisory Council should be convened every three months, however, it has not met for a year. Guerrero explained that the delay was due to elections held for members, but the associations did not achieve the votes to nominate their representatives, so they have to wait for the signing of the agreement.

“Tomorrow (today), at the latest, the ministerial agreement will be signed and the call will be done immediately, because the price has to be fixed this year,” said the Undersecretary, who also said he does not know whether the price will remain $ 5.40 or if it will rise, it depends on the decision the Advisory Council makes next week.

Guerrero also mentioned that there are changes that were made in the regulations of the Banana Law in the new Production Code. Among the changes is the adjustment for six thousand illegal banana producers—which represent 50% of the country’s banana producers—. In addition, all exporters must sign contracts with producers, otherwise, they will not be able to export the fruit.

“This provision aims to end the irregularities in the sector and with the disrespect towards payments of the official price of a banana crate,” added the Undersecretary.
Once the reforms are ready—deadline is January 15— the export process 2011 will start.