For “organizational dominance, in his capacity as a public official for having and having exercised absolute power and dominion over the criminal structure”, as well as for having been “direct beneficiary of bribes,” Attorney General Diana Salazar requested yesterday to the Court of Judgment of the 2012-2016 Bribes case that the former president Rafael Correa – whom he accused as mediator of the bribery offense – applies the maximum penalty increased by a third for the aggravating act of “gang.” 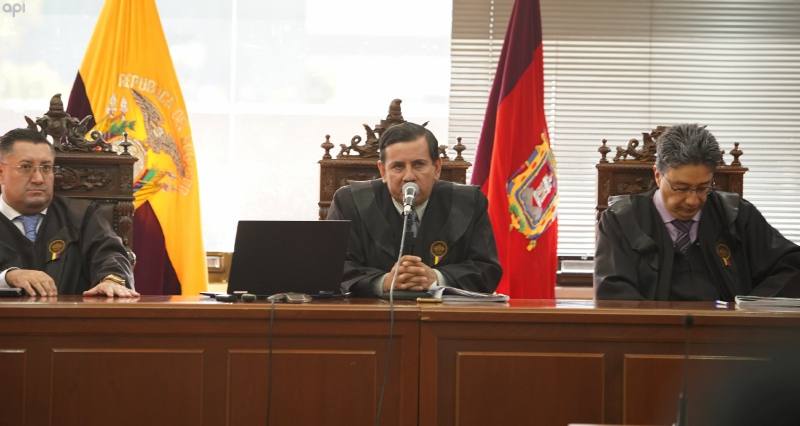 Of them, Salazar said that they directly and immediately managed to receive bribes and benefited entrepreneurs through the granting of contracts, and themselves.

Of the eleven former officials prosecuted, only Yamil Massuh, former Duarte advisor, was not included in the indictment. Prosecutor’s office defined that he only carried out orders to transfer money.

Based on the equivalence clause, Salazar requested that the “brigaders” be applied the same penalty as the officials who received the bribes and thus have the same treatment of participation.

Therefore, the ten businessmen who would have handed over the money were also charged as direct authors.

“Businessmen are at the same level in this structure,” said Salazar, before appointing Víctor Fontana, Rafael Córdova, Bolívar Sánchez, Édgar Salas, Ramiro Galarza, Alberto Hidalgo, Teodoro Calle, Pedro Verduga, Mateo Choi and William Phillips as defendants against those who asked for the maximum and aggravating penalty.

Article 286 of the previous Criminal Code states sentences for bribery of three to six years in prison; while the bribery included in article 280 of the Organic Integral Criminal Code (COIP) speaks of penalties ranging from one to seven.

In the indictment, the Prosecutor’s Office took both codifications into account; The Trial Court will make the final decision.

So far the penalties came without benefits, since the effective cooperation agreement between Martínez and Terán and the Prosecutor’s Office forced Salazar to ask them to impose a penalty reduced by 90%. The prosecutor explained that this is a benefit provided to people who “tell the truth and cooperate with justice.”

Under the same criteria, for having provided data, accurate, verifiable and relevant information for the case, Verduga requested the application of a mitigating and that a third of the penalty that corresponds to those who did not collaborate be imposed on him.

Although Salazar defined that the amount for the payment of bribes, in cash and through the invoice crossing, reaches $ 7.5 million, she believed that in the integral reparation for the State not only that figure should be included, but the number of contracts delivered: $ 1130 420 108.08.

In addition, it was requested that public apologies be made to the country and the publication of the sentence in institutional portals of the organs of power affected by bribery.