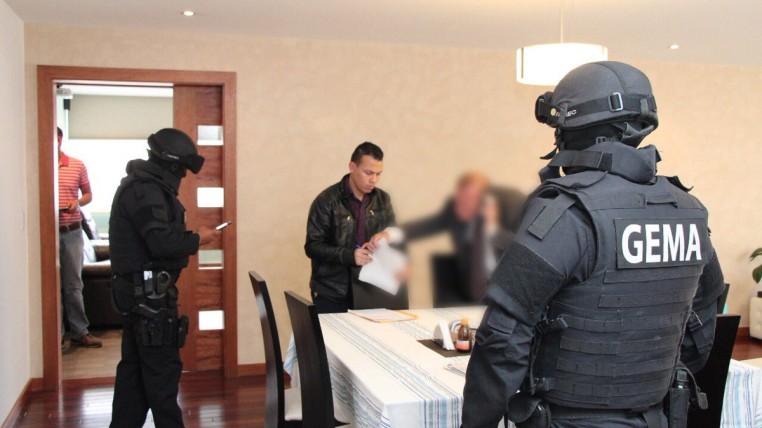 The Odebrecht case continues to add people involved. Prosecutor Diana Salazar, the coordinator of the Transparency and Anti-Corruption Unit, requested the linking of Juan Pablo Eljuri to the Odebrecht case for allegedly raising money illegally.

His name was mentioned by one of the three detainees in the case involving illegal operations attributed to the South American International Bank (Sai Bank), located in Willemstad, Curaçao, a tax haven. That bank had two branches that operated without authorization in Quito and Guayaquil. According to the investigations, part of the bribes paid by Odebrecht to Ecuadorian officials was transferred through the Sai Bank.

The Integral Organic Criminal Code (COIP for its Spanish acronym) punishes those who commit this crime with five and seven years in prison. The first clues to the case appeared in the Odebrecht case file opened against Ricardo Rivera, uncle of Vice President Jorge Glas, and others for an alleged association.
It was in the transcripts of audios and videos delivered by José Conceição Santos that the payments were mentioned. In addition, Daniel Borja, a financial adviser of the bank and one of the three people arrested on Friday, August 25 in Quito, gave his version on June 22. He said that all Sai Bank operations were operated from the capital of Curaçao and that there were offices of that bank in Cuenca.

Borja was one of the executives in charge of attracting customers. He offered the services and visited the potential clients. In his version, he pointed out that Juan Eljuri provided a client database of approximately 20,000 names. According to Borja, the owners of the Sai Bank were Juan and Juan Pablo Eljuri. Juan Sarmiento and Paola Alvear, who worked in Cuenca, were arrested with Borja. (I)

Chinese migration, a thematic film to be shot in Guayaquil