The public contracts tap is turned off 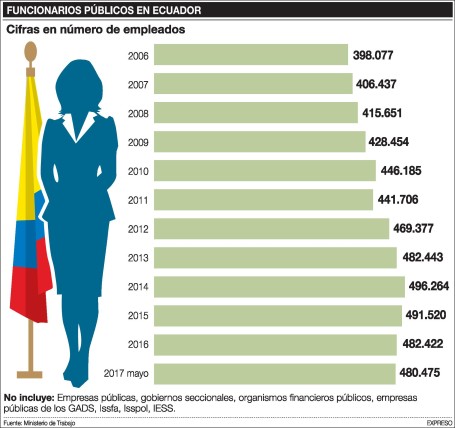 The announcement came amid actions and reactions. Vacancies in the public sector will not be filled. This is the first step President Lenin Moreno will take to deal with the country’s “tough” economic conditions.
The prospect of savings for this decision is still unknown, but it will be part of the austerity plan the president intends to sign in the next few days, Economy Minister Carlos de la Torre said.

Last week, the Ministry of Finance cleared the country’s debt is at about $ 42 billion, far from the $ 27.871 million the previous administration spoke of.

Tuesday the president confirmed that he would continue to do all that is necessary to consolidate the well-being of the Ecuadorians and called his “controversy with Correa” a “closed chapter.” Although it remains to see what happens after the strong statements of Correa. (I)