The real estate market lives a ‘truth’ of prices 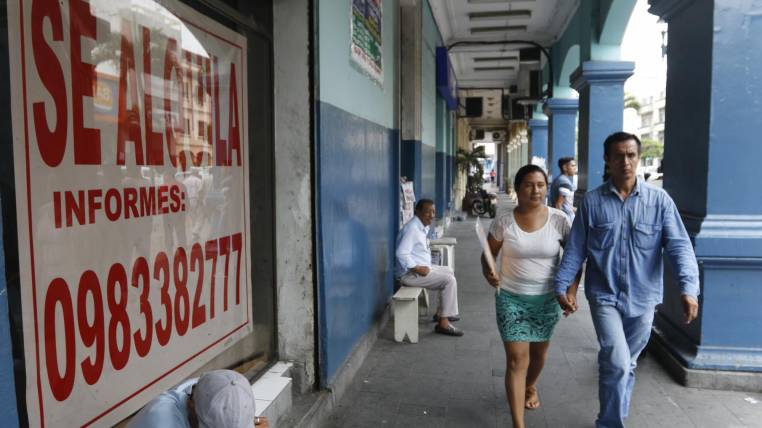 The prices of leases in real estate continue to fall and buying housing or premises for rent is becoming less attractive in Guayaquil and the rest of the country, whose real estate market continues to live tough times, but at the same time sobering.

“People have been asking for rebates from owners of properties with the intention of not moving and they have been adjusting their budgets, both at the business and housing levels,” says real estate agent Ángela Andrade, who estimates that prices today are between 20% and 25% “unlike Quito, where up to 50% is spoken”.

Germán Carvajal, analyst and real estate consultant, recalls that between 2011 and the beginning of 2015, the average value per square meter (m2) of rent in the residential sector was 30% or 40% higher and that as of 2015 the decrease in Guayaquil has been 30%. However, he says, prices have tended to stabilize since December 2017.

Carvajal, who leads the real estate management of Market Watch –a company that conducts market studies at a national level-, specifies that currently the average value of the m2 is between $ 7 and $ 8 in real estate with high added value, while in the of lower socioeconomic levels the value, according to the location, varies between $ 2 and $ 3.

The economic recession in the country continues to be the main cause of low rental prices, says Áxel Solís, a real estate consultant who says that the commercial part is the one that most convalesces today.

He explains that in corporate buildings such as the World Trade Center towers, the price of the rental m2 is of an average of $ 10 and in the Blue Tower, in the same area of Kennedy North, it is between $ 11 and $ 12. “In buildings most modern of La Puntilla, such as the Xima and Samborondón Office Center, the price is higher, reaches up to $ 20 per m2, but because of the recession there are owners who have had to rent their offices at $ 16 or $ 17 for each meter, “adds the broker.

More than giving in to the recession, what we have here is an honesty in prices, says Beatriz Londoño Botero, a broker. “We have to open up the market, lower prices a bit so that people understand that they are giving a plus when renting or selling at this time,” says the broker.

So it is no coincidence that the purchases of real estate products for rent have dropped from 23% in 2015 to 2.7% in 2017 and the trend remains, according to Market Watch. “That’s why people who buy homes or offices now buy them to reside or occupy (themselves),” explains analyst Carvajal.

Some experts attribute the slow recovery of the market, both in sales and rentals, to the nervousness that still persists in people, despite the fact that last March the controversial “Ley de Plusvalía” was revoked, approved in 2016, during the government of former President Rafael Correa, and that generated the rejection of political groups, unions and unions of the construction, considering that it discouraged the employment and affected the real estate sector.

“The law was repealed, but I think that more disclosure is needed, so that people have confidence in the market again,” says agent Londoño Botero. (I)