The report is “CRUEL” says the widow of Gabela 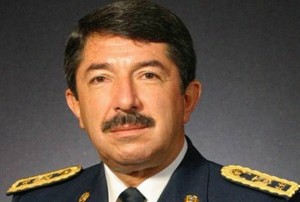 According to Patricia Ochoa, widow of the former commander of the Ecuadorian Air Force (FAE), Jorge Gabela, the report of the inter-ministerial committee that investigated the assassination of the official is “infamous, confuse, cruel and redirected.”

According to what she told to Expreso Daily, the document insists on the denial of justice to her family by employees and public officials. The report has 36 pages and is signed by the Minister of Justice, Ledy Zuniga, as president of the group.

There it is concluded that, based on the information gathered, there are no elements of any nature that connect the death of the General with different facts to the investigated by the Attorney General.

It also notes that the Comptroller determined that there were no irregularities in the pre-contractual, contractual and implementation phases within the acquisition process of a seven Dhruv helicopters, as Gabela presumed.

It also indicates that the Committee gathered information that could be the field of an investigation by the Prosecutor’s Office and the Ministry of Transparency.

Today Ochoa will pronounce along with her lawyer, Ramiro Roman, in the Assembly.
Source: http://expreso.ec/expreso/plantillas/nota.aspx?idart=8428825&idcat=38473&tipo=2

“We must say no to drugs” by Wilson Sanchez Castello