Fifty laws will be a priority in the legislative period 2017-2019 for the Alliance PAIS (AP) Party and, for that reason, they were already forwarded to President Lenín Moreno.

The reforms that will boost the productive sector of the country are focused on production, economy, and employment, are part of the Government’s plan, “main focuses for strengthening the dollarization system,” said Legislature President José Serrano. 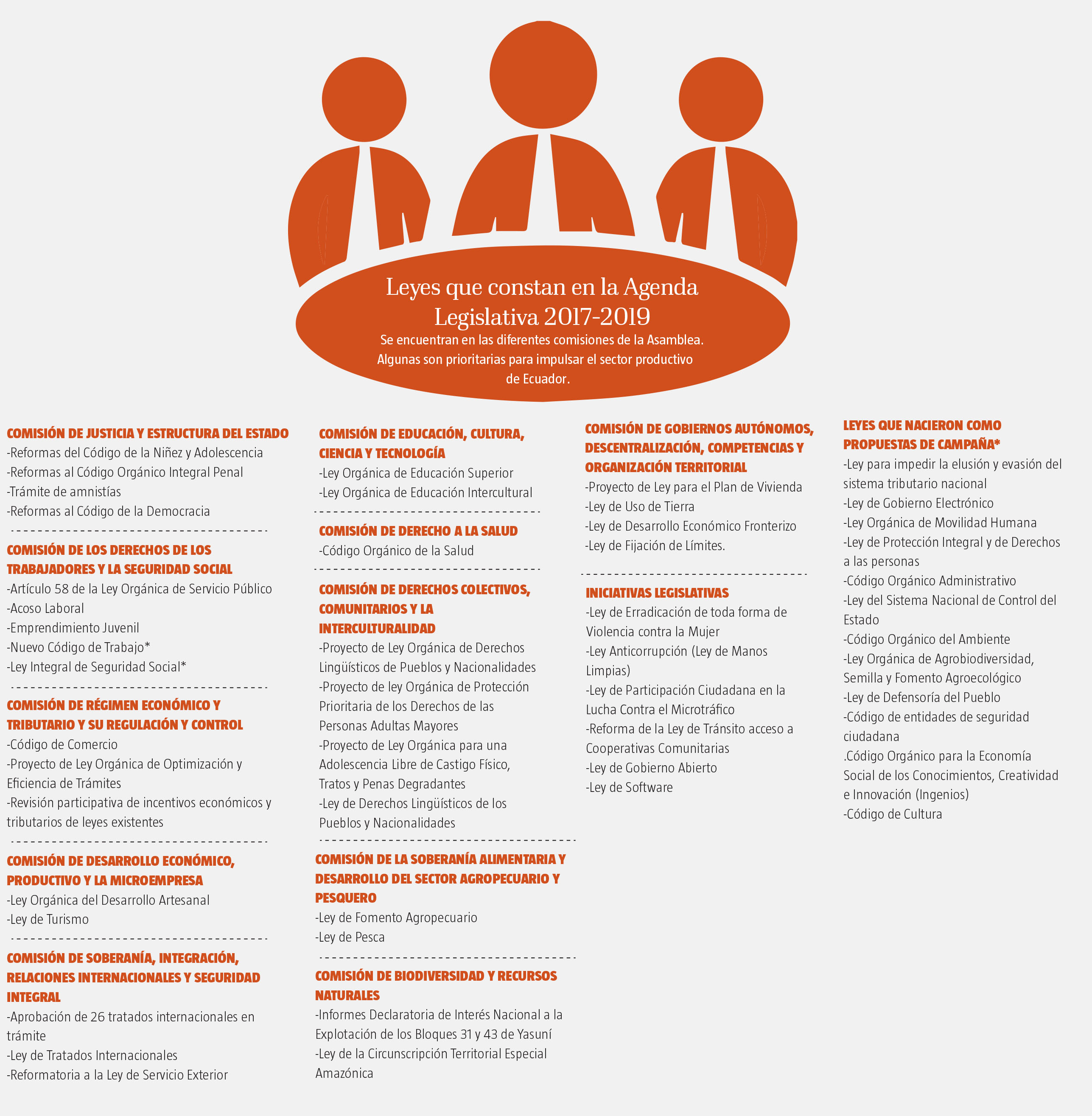 He noted that there are prominent achievements within the various committees of the Legislature, for example, the Agricultural Health Law, which seeks the development of agriculture and the production of quality food, a controversial law that seeks the entry of transgenic seeds into the country though. (I)