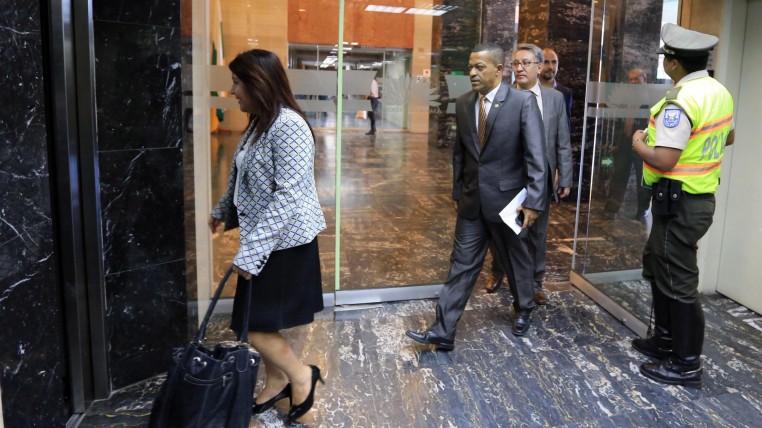 Hope is the last to die. That is the thinking of the legislators of the Alianza PAIS bloc, who qualify this week as crucial to find a solution to the impasse between President Lenin Moreno and his running mate Jorge Glas, as their relationship worsened at the end of last week.

Sofía Espín and Jorge Corozo, from the official ranks, spoke about it. They said that dialogue is needed to solve this impass, and ratified the will of the 74 party legislators to serve as intermediaries for the two leaders.

Espín is convinced that there will be an approach and that this will be overcome with the often-mentioned dialogue by Moreno. In their eyes, the denunciations against the vice president “do not worry them,” since these come from the same actors, who have not submitted any evidence against Glas.
However, she acknowledges that they are concerned about the stands of Moreno and Glas, so a rapprochement between the authorities is urgent.
Legislator Roberto Gómez said that the first thing his bloc will ask is the appearance of Attorney General Carlos Baca Mancheno to answer for the “slowness” in the Odebrecht case.
Meanwhile, Guillermo Celi (SUMA) will insist on the political trial against the vice president and will ask President Moreno to convene a popular consultation to eliminate indefinite reelection and the Citizen Participation Council. (I)