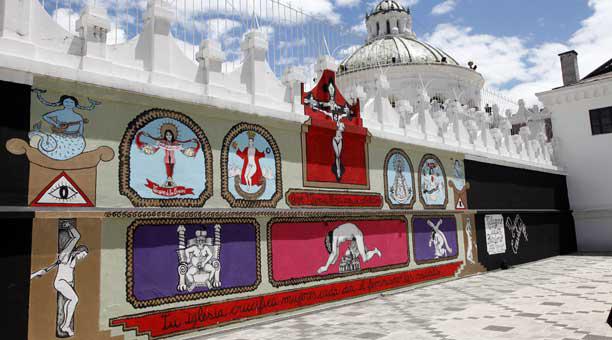 Since August 2nd, citizens can no longer access the southern terrace of the Metropolitan Cultural Center (CCM) where the wall painting Milagroso Altar Blasfemo is located. The work by the Bolivian women´s group Mujeres Creando was condemned on August 1st by the Episcopal Conference of Ecuador in a public statement.

Following the provisions of the Metropolitan Heritage Institute (IMP), the Municipality of Quito resolved that the wall painting will not be visible until its relocation. The resolution was taken, according to statements of the Municipality, because the IMP did not authorize the intervention of a patrimonial property, that is to say, the wall on which the work is painted. (I)