The “selfie” of Ellen DeGeneres at the Oscars, a record for retuits on Twitter. 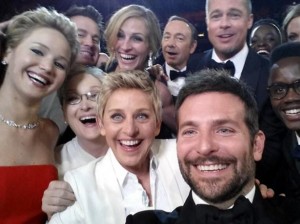 Surpassing the retuits million, in less than 50 minutes, the “selfie” or self-portrait done by Ellen DeGeneres surrounded by Hollywood stars at the Oscar ceremony has become the picture with more retuits in history.

Until now, the record belongs to the photo of the US President, Barack Obama, when won for the second time the election of United States, in which hugged his wife, Michelle Obama, and that, until now, has 778.329 retuits.

“If the arm of Bradley Cooper would have been longer. The best picture of all time”, wrote the legend mode to publish the photo DeGeneres, who encouraged the public to immediately disseminate this picture so it transformed into the tweet more diffused in history.

Barranquilla began the celebration of its carnival