Thousands of people, mostly college students, marched on Sunday against the government of President Nicolas Maduro, who they described as “useless,” and at night the National Guard dispersed with tear gas some of the protesters that were complaining during the last four weeks, which have left 18 dead and over 260 injured.

“This is not a struggle of ideologies, the people took to the streets against the government for its inefficiency and uselessness,” said Juan Requesens, student leader of the Central University of Venezuela, speaking to the crowd gathered in a square in the middle-class sector of Chacao, east of the capital.

Students from eight private and public universities, young professionals and mothers left with Venezuelan flags, banners with anti-government messages and caps with the national colors, from four eastern Caracas sectors and after marching several hundred meters, gathered in a square in the Chacao municipality ruled by the opposition.

“No milk, no chicken, not a god damned thing,” chanted the protesters to complain about the shortage of basic food affecting the country since last year, the inflation -which on January reached 56 % annually- and the high rate of insecurity, with 79 deaths per 100,000 population puts Venezuela as one of the countries with the highest homicide rate. 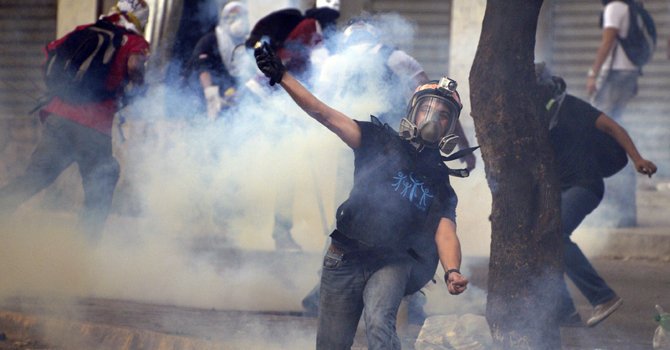 Carnival holidays is enjoyed in different parts of the country