The Senain handled 310 million in 7 years 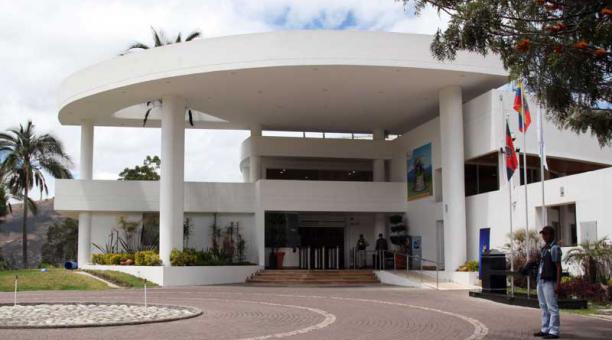 The presidential announcement about the closure of the Senain triggered a series of requests for transparency in the management of its resources. Yesterday afternoon, Wednesday, March 21, 2018, the Plenary of the Council of Transitional Participation requested the Comptroller to execute a special audit to that entity in three areas: acquisitions, hiring and management. Also, to audit the assets of all its officials.

The Council also asked the Prosecutor’s Office to verify whether the Constitution and the protocols that regulate the system of intervention and interception of communications have been complied with, a service that serves, for example, to carry out illegal wiretapping.

Since 2009, when the Senain was created , its management has been peppered with controversies over alleged follow-ups and information hacks related to opponents of former President Rafael Correa.

Yesterday, the Transitory Council said that the entity handled sensitive information and recommended the custody of its files and equipment, since in the future “they could serve as evidence in pointing out civil, criminal and administrative responsibilities”.

In the Assembly there were also reactions after the announcement of closure. The legislator César Carrión requested that the General Prosecutor of the State take precautionary measures to “safeguard all the physical and magnetic files” found in the Senain .

His request, which he submitted in writing, had no answer until yesterday, the legislator said. “We must know in what public money was invested. What did the Senain all these years? “Carrión questioned.

This Journal reviewed the State Budget from 2012 to the present year. These documents confirm that the Intelligence Secretariat received USD 310.9 million in the last seven years. The resources were delivered to execute “strategic intelligence” operations, according to its own statute.

There it is said that the entity is responsible for detecting threats that may threaten the internal security of the State and democracy.

In the Public Security Law, which defines the work of the Senain , article 24 on the control mechanisms of the institution was included.

The norm orders that the entity render accounts every three months before the Assembly’s Commission on Integral Sovereignty and Security. And that those meetings will be declared “reserved.”

In addition, the Senain has a fund of special expenses assigned by the State. The control of these resources is not regulated by the Law on Public Procurement, but it is handled in a reserved manner and the only one that can request accounts is the Comptroller General of State.

Pablo Celi , responsible controller, announced that he will perform an audit of the agency’s liquidation process. Also, prepare another report on the special expenses of the institution.

“As in any institution, subject to liquidation of its functions, there will also be a review of institutional liquidation of Senain, ” said Celi and clarified that this work belongs to him and can not be delegated.

René Yandún , member of the Legislative Commission of Sovereignty, announced that tomorrow (Friday, March 23) he will ask the Comptroller to lift the reserve and the accounts of the entity will be transparent.

“Today, there is a crisis on the border, it is essential to know what the Senain did . For example, it is necessary to determine if there were unnecessary expenses or if they were used in the payment of trips, of what type of equipment “.

According to the State Security Law (Article 26), special expenses are designated “for intelligence and counterintelligence activities for internal protection, maintenance of order and national defense.”

But in 2017, the Office of the Comptroller General found that with this fund the remodeling of the house where the Secretariat works was paid, in the Lumbisí sector , in Cumbayá , a valley in Quito.

The report DAI-AI-0162-2017   reviewed the process of acquisition of the property seized from the brothers William and Roberto Isaías, exaccionistas of Filanbanco . In that document, of 42 pages, the Comptroller indicated that the renovations of the main house and the construction of a second floor were canceled with the fund of special expenses.

Because of the confidentiality that this fund protects, the Comptroller’s Office says that it could not analyze the amounts used to adapt the house. But he observed flaws in the purchase process.

For example, on the amounts detailed that the property cost USD 3.3 million, but the Secretariat made adjustments for USD 358 620. These items, however, were paid with the current expenses account.

Among the works that were required are the adequacy of the ground floor, the remodeling of the first floor, the acquisition of a modular metal system, work on the terrace and retrofitting of the perimeter wall. For example, only by the enclosure wall the agency canceled USD 112 944.

The Comptroller General also observed that after the sale, in 2012, there was no delivery-receipt act and that caused that for four years the Senain did not take possession of an area of 3 300 square meters, because the boundaries were not clear.

The Senain was created in 2009, during the government of former President Rafael Correa, replacing the National Directorate of Intelligence. Last Monday, President Lenin Moreno announced his elimination process as part of an austerity plan. (I)