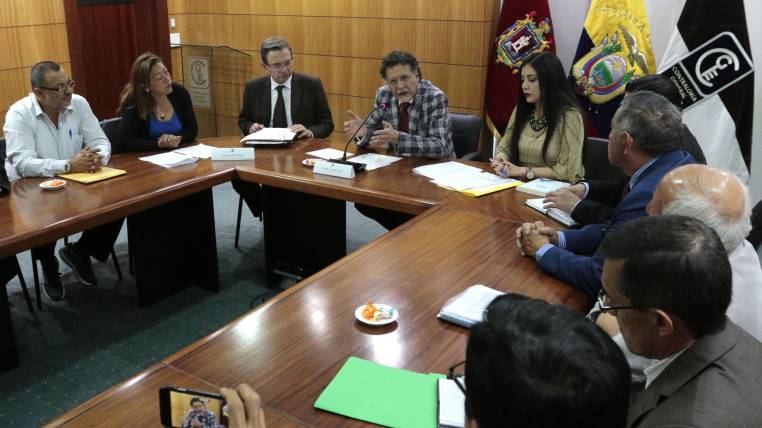 For the participants of 69 complementary pension funds whose administration was assumed by the State in 2014, it was a “seizure“. Now they denounce that there is a “corrupt management”, although the authorities defend the results.

The Comptroller will be the judge. Pablo Celi, head of the entity, announced the start of a special exam that will run from June 1, 2014 to June 30, 2018. It will be reviewed that the requirements for the transfer of funds and also the administration have been met of these resources.

Therefore, the control action will touch the Bank of the Ecuadorian Institute of Social Security (Biess) and the Superintendence of Banks.

For now, there is little official information. Celi did not want to advance the amount that those funds would have. The workers who had their money saved in those retirement systems calculate that they would be about 1.2 billion dollars, belonging to 200,000 people.

According to data from the Superintendency of Banks, until last April the funds had assets of 1,027 million dollars. It is the latest available figure. The Biess on its website does not have data on each fund. In May, it reported that as of December 2017 “the profitability of private investments of the 66 managed funds reached 9.77%”. EXPRESO requested information about the financial results yesterday, but there was no response.

The workers have doubts about these figures. “We left a fund of 405 million dollars. Today is 375 million, “denounced for example Norma Quishpe, affiliated to the Teacher Unemployment Fund. While Germánico Ávila, legal advisor of the Retirement Fund of Petroindustrial, said that the accounts of the pensioners “are at zero.

The analysis will take about 90 days

Among these funds that will be analyzed are those belonging to public companies, municipalities, prefectures, universities and ministries. The largest are Petrocomercial, the special fund of the workers of the pipeline, the dismissal fund of the Judicial Branch, the Central Bank, the Provincial Council of Pichincha, the Traffic Commission, the Armed Forces, the teachers and the Municipality of Quito. The test will take approximately 90 days. (I)