The threat that spills beyond the borderline 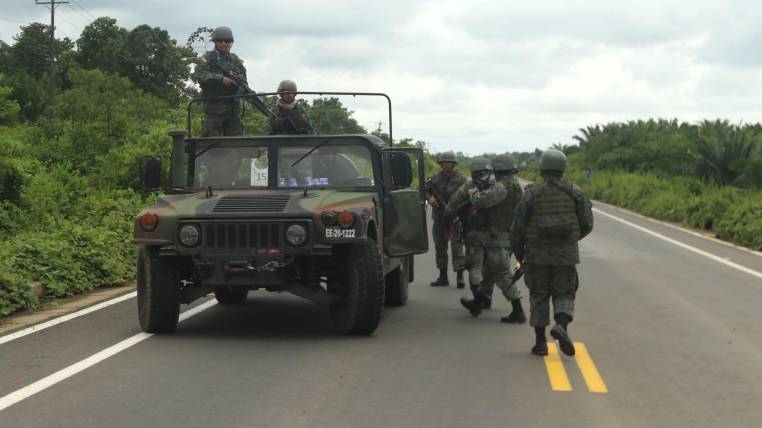 When Colombia is about to start the last page of the anti-FARC calendar, Ecuador is starting year zero as a country on alert for narco-terrorism. Not three months have passed since it entered, without consent, in the confrontation with armed groups on the border and already accumulates seven dead, two kidnappings (five people) and almost a dozen bombings. But what anguishes the country and the authorities is that the conflict will not be short.

The confrontation with the Oliver Sinisterra Front, led by Walter Arizala aka Guacho, who is responsible for the violence in the border area with Colombia, is the result of the voluntary dismantling of the FARC in the neighboring country. This makes, according to the report of Ideas for Peace Foundation, that the situation of danger still has a long way to evolve within the Ecuadorian territory.

The same document makes a detailed X-ray of the Oliver Sinisterra Front, as EXPRESO put it this week, placing it in the fourth place of the 18 most aggressive factions that emerged as dissidents of the peace process. It is credited with 11% of the shares of the last two years and a thickness of almost 500 members.

The risk to the country takes the form of kidnappings -such as those of the El Comercio team killed and the couple detained, selective assassinations, attacks against infrastructure -such as those carried out against electric towers to leave populations without light- and threats against the inhabitants of the sector that collaborate as informants with the police or the military. Everything that is necessary to maintain the business of drug distribution through the Mataje River, which acts as the natural border between the two countries, and Mira, which flows parallel to the road that leads to Tumaco. The Colombian people remain intoxicated by drug trafficking and poisoned by the territorial struggle between dissident factions that fight to control the drug corridor towards the Pacific Ocean. “We already see a serious risk to the work of international organizations, humanitarian agencies and journalists,” the report adds.

But the Ideas for Peace Foundation, after interviewing a hundred experts, concludes that drug trafficking is not the only ingredient in the breeding ground of terrorism on the border. The struggle between the dissident groups, the confrontations with the veteran ELN and the fragmentation of the bands by the desertion or detention of their leaders make the conflict an unstable and unpredictable threat. “Given the pressure from the military forces of both countries, the Oliver Sinisterra Front will continue advancing through Ecuadorian territory,” warns the document, as its predecessors, “the mobile columns Mariscal Sucre and Daniel Aldana (FARC), had refuge zones in the provinces of Carchi and Esmeraldas “.

The coordinated military strategy of Colombia and Ecuador, in addition to intelligence and operational actions such as those already deployed, “should have special observance of the effects on the civilian population,” especially the Afro-Indian group, details the text, “as the Guacho group is looking to link children and young people from these populations, “who are” highly vulnerable “. The military-police effort, says the foundation, with a strong deployment of troops in the area can aggravate the struggle, to decapitate more bands and create new factions, extending the time of struggle, as has happened in Colombia. The offensive arm of the State must not forget the legal tools to asphyxiate, through seizures of goods, for example, and make sure that dissident groups do not obtain any benefit from the State. Neither social nor legal.

Dissidences before the peace process

If in rebel armed groups it is not strange that there are desertions by different criteria, they increase in the negotiation of peace.

According to field experience, the capture of illegal rents (with drug trafficking) is not an end, but a means to maintain the structure.

The detention of leaders further fragments the dissidence, which is legitimized socially in areas neglected by the State.

All this makes the dissident groups proliferate, it hampers the action of the public force against the new enemy and prolongs the peace process. (I)