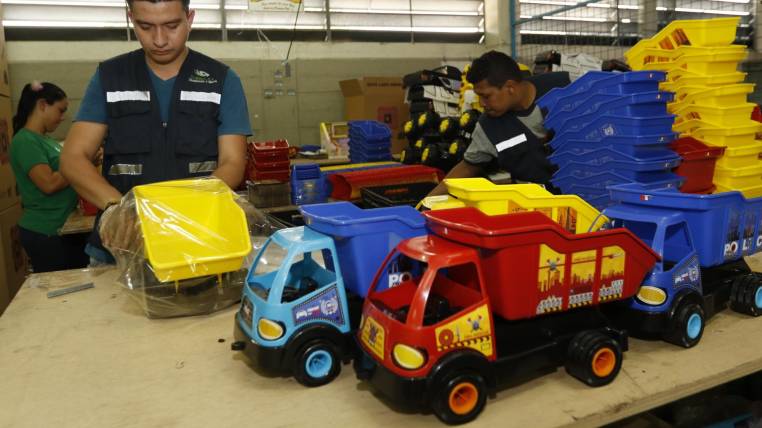 At the time of the surcharges, imports of toys fell by 28.2%, specifically between 2015 and 2016. A time in which the purchase of articles manufactured in the country, especially of micro-enterprises, did not take off considerably either that rather had a fall of 16.66%, according to a study by the National Institute of Statistics and Census (INEC).

Therefore, importing less toys only causes a reduction in sales, which even affects the national product. It is the conclusion of a group of business managers from the center of Guayaquil, consulted by Diario EXPRESO.

According to traders, the Ecuadorian toy industry lacks variety and innovation. Verónica Macias, administrator of the commercial Milatex, indicates that when in the hangers there is no assortment of the products the sales go down, more still when in all the warehouses it is the same. That happened at the time of surcharges, which on average sales fell by 40%.

Therefore, before raising tariffs on imported toys, the impact on business must be analyzed and whether for a child it is a luxury item or a need for their emotional growth, Antonio Rodríguez comments, while looking for a birthday present for his son.

Regarding the development of the local toy industry, the president of the Chamber of Industries of Guayaquil, Caterina Costa, said that the issue is more about competitiveness, because domestic manufacturers do not have the same treatment as imported products. Therefore, the first step, to benefit the national industry, is that the technical standards are demanded equally to local good and abroad.

For Costa, the national toy industry has developed, according to its own characteristics. But, the challenge is the fashions; the local producers almost do not participate in it, because the cycle is very marked. It is sold only at Christmas and if the fashion passed the article remains on hanger. On the other hand, production costs are high.

“However, the handmade toy stimulates a child more than the one made in series. That should be taken into account. Although there are markets for everyone, we believe in free competition and free trade “, emphasizes Costa.

The expectation remains open, until we know if the Government will include the toys among the imports considered sumptuary.

“Only 45 subheadings do not pay the maximum of tariffs”

According to the Chamber of Commerce of Guayaquil (CCG) only 45 subheadings of consumption do not have a maximum tariff, as allowed by the World Trade Organization (WTO), therefore the union wonders if it is going to include the materials premiums that the industry needs.

A question that the government is repeatedly answering: the analysis to raise tariffs is only for sumptuary imports, not for raw materials.

Another question the guild asks is that the citizen makes more sacrifice than the government. Because with the increase of tariffs to 375 imported products, it is expected to obtain $ 5,614 million, in four years. While in that same time, the Government with the intentional reduction of spending will only have $ 4,000 million. Therefore, the Chamber questions the increase in tariffs on imports. (I)