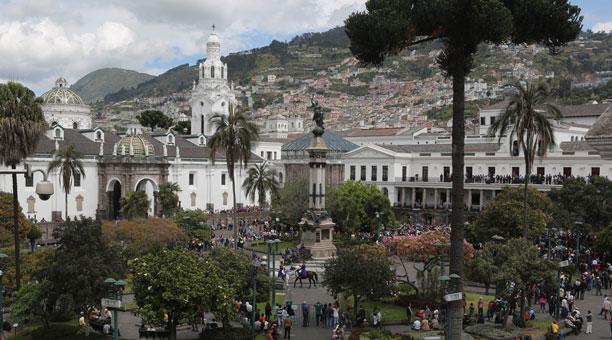 The Ecuadorian capital has been nominated for six consecutive years in the World Travel Awards, known as the Oscars of Tourism. In this 2018 it will participate in 20 categories, the main one: South America’s leading destination, recognition that it has achieved during the last five years. It will also participate in the leading Destination category of meetings and conferences in South America. Last year it won the first place in that modality, recalls Veronica Sevilla, general manager of Quito Turismo.

The World Travel Awards, created in 1993, are considered the most important awards in the tourism industry worldwide. Quito competes with cities such as Buenos Aires, Sao Paulo, Rio de Janeiro, among others.

Sevilla explains that the Oscars of tourism reward the world tourism sector in categories that include hotels, airlines, travel agencies and car rental companies, among others. To vote, the person must follow the following steps. You must enter the World Travel Awards website and register. For this you must write the name, country, email and a password. The person will receive an e-mail in their email account where they will be asked to verify their address. Then you must click on Voting. You must choose the category.

The Mariscal Sucre International Airport is nominated to be recognized as South America’s leading Airport, Wyndham Quito participates as America’s leading airport hotel, Casa Gangotena and Hotel Plaza Grande as the Leading Boutique Hotel of South America. Voting closes on August 5. Sevilla recalls that the nominations for the World Travel Awards are made on the recommendations of professionals in the tourism industry and are defined by the votes of citizens and professionals from the tourism sector around the world. The gala ceremony of the World Travel Awards Latin America will be held on September 15, at the Palacio de Cristal in Guayaquil. (I)