The trade surplus is almost imperceptible 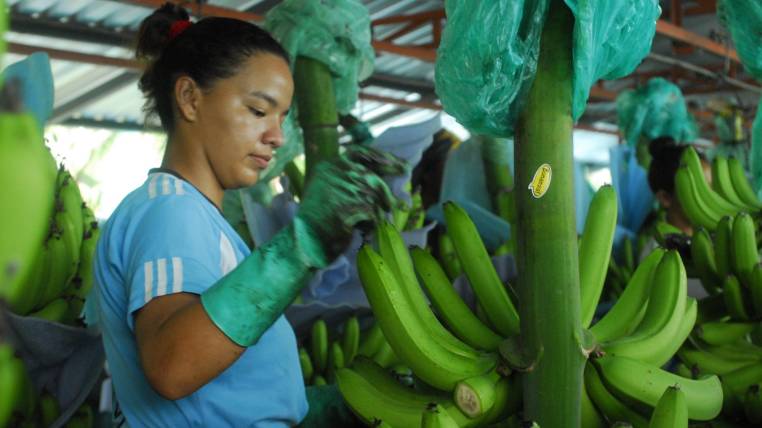 Bad news. 2018 dawned ‘tables’ for the commercial sector, the surplus with which ended 2017 disappears at a key moment: just when the government is analyzing economic measures to increase its income and sustain its bulky spending. The data of the trade balance, which had a positive balance of only $ 460,000 in January according to the Central Bank, is one of the indicators that the Lenin Moreno regime will take to apply an “inescapable” restriction on imports, the most affective system in the regime of Rafael Correa to obtain resources, under the pretext of balancing the balance and dollarization.

For the economic and business sectors “the application of new safeguards or another type of restriction is a fact”, although the Government of Moreno also analyzes other measures, which have neither been denied nor accepted by the economic team. A possible tax on mercantile transactions that was in force in the past has been leaked and was repealed by Rodrigo Borja Cevallos. A differentiated Value Added Tax (VAT), more for luxury goods, up to 19% is another option that employers fear is given the lack of resources to sustain public spending, which adds a deficit of more than 4,000 millions of dollars. Contrary to 2017, this year there is a drop in sales of products that are referents of foreign trade, such as bananas, canned fish, flowers, cocoa and processed by a drop in production rather than prices.

This is reflected in the report of the (provisional) balance of trade of the Central Bank released yesterday. Although the commercial sector is the most watched by the presidents of this last decade, none has managed to encourage the increase of private exports, which have been maintained by efforts of shrimp farmers, banana growers, flower growers, cocoa farmers, tuna vessels and others without any support from the State.  That is, the diversification of exports has remained on paper.

That is why the president of the College of Economists of Guayas, Larry Yumibanda, speaks of a productive stagnation that will also be seen during the current year.

And he believes imperative to open the economy to countries with which we have comparative and competitive advantages that allow to diversify and massify the export of non-oil products.

This is an issue that finds echo in foreign trade actors. From the Corporation of Promotion of Exports and Investments (Corpei) has been proposed a process of assistance that allows the incorporation of new goods to the basket, supporting medium-sized or small businesses to incorporate non-traditional offers that the short term generate 1,000 million year.

From one of the provinces with the largest agricultural area, Los Rios, the vice president of the National Rice Corporation (Corpnoarroz), Washington Nunez, suggests stopping rice planting in areas unfit to replace those areas with other products.

It proposes that these be channeled through a program that includes the search for external markets, technical advice and financing.

Despite an export fall of 5.6% in metric tons, the banana regained its leadership over shrimp in January of the current year. Foreign sales generated 302.1 million dollars FOB (position on dock) compared to 305.6 million the same month last year.

Shrimp exports returned to second place, with $ 239.1 million despite substantially higher growth compared to last January, when $ 181.3 million were sold. In terms of value, the increase was 31.9% and in volume of 31.7%, according to the preliminary figure of the Central Bank. (I)

History of the Austro in an exhibition