The traffic jams of an energy highway of $ 677 million 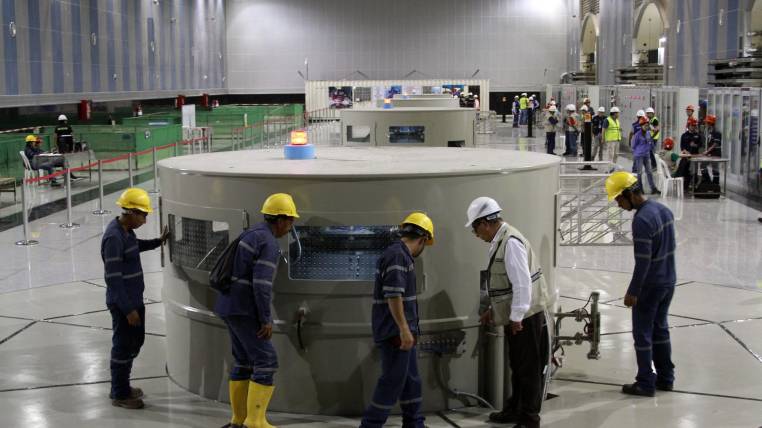 In 2016, an expensive high-voltage transmission system would have to be completed in the country that would allow the energy to be evacuated from the new Coca Codo Sinclair and Sopladora hydroelectric plants.

The so-called 500 kV (kilovolts) project, whose budgeted investment is $ 677 million, was conceived to reinforce the supply of energy to deficit geographic sectors in the national territory and, in addition, materialize Ecuador’s plan to become an electricity exporter.

The date of the end of this ambitious energy program should be less than those planned for the two hydroelectric plants; however, it has not been like that. Both plants, according to the reports of the Ministry of Electricity, entered into operation two years ago, while, until last May, the transmission work presented a physical advance of 98.47%, according to EXPRESO, the Electricity Corporation of the Ecuador (Celec EP), the body responsible for the project.

The problems of supplying a sufficient amount of energy in the country due to an incomplete transmission system is a situation that was questioned by the Minister of Hydrocarbons Carlos Pérez -who assumed the Ministries of Electricity and Mining- in a recent interview with this Daily.

The new system must have electricity transmission lines at 500 and 230 kV and transformation capacity through 6 substations located in Quito, Guayaquil, the center and the northeast of the country.

In April, the last works in the construction of electrical substations were carried out, as Celec reports in an information sheet of the project.

What works are missing? To date, those that make up the network “are completed, energized and in operation, with the exception of the transmission line El Inga-Tisaleo, which is pending completion of 6 km in the sector of Toacazo, province of Cotopaxi “, Pointed out the administration of the public company.

For the design, supply and construction of the 500 kV project, Celec subscribed, in July 2013, a contract with the Chinese company Harbin Electric International, for $ 599’097.509. One year later, the Belarusian firm JSV Belzarubezhstroy was hired for the audit, in the amount of $ 33,998,617.24.

With an original contractual term of 1,185 days, the work had to end on October 23, 2016, but several unforeseen events have led to its delay, as Celec justifies.

Several extensions of the project delivery period have been made, “mainly due to the need to execute a variant to guarantee the safety of the transmission lines of the project; and, due to the pending agreements with the communities belonging to the Unocanc (Union of Rural Organizations of the North of Cotopaxi) located in the sector of Toacazo “, details the entity.

But the assembly of the infrastructure has had other restrictions. The delivery of resources outside the scheduled times, changes in the initially defined routes, delays in civil works and the contractual termination with the inspection company, are noted among the disadvantages.

The Comptroller’s Office detailed part of the project’s setbacks in a special examination of the resources of lines of credit granted to Ecuador by international organizations. China’s Eximbank financed 85% of the construction amount, with a loan of $ 509,232,882.64.

The credit agreement of the Chinese bank was signed on October 29, 2014, that is, 15 months after the contract to build the work was signed.

The causes for delays

The Comptroller found among the major drawbacks to the progress of the project, the problems in imports of goods for the entry of materials, inadequate management for compliance with the environmental management plan and complex natural conditions in the sites of the work.

Eximbank credit conditions included the payment of an insurance policy. According to the Comptroller General, the delay in its payment caused the temporary suspension of the work and generated financial surcharges of $ 7’018,000.46, which the State had to assume.

The illiquidity affected the Belarusian firm

On July 12, 2016, Celec and JSV, decide, by mutual agreement, to terminate the inspection contract. The Belarusian contractor presented two reasons: he could not comply with the guarantee of good use of the advance and had problems to collect his payroll, since the payment was tied to Harbin International, the person in charge of the construction, to present his. “The lack of liquidity seriously affected his economic status,” says the signed act. Transelectric, the business unit of Celec, has since assumed oversight. (I)