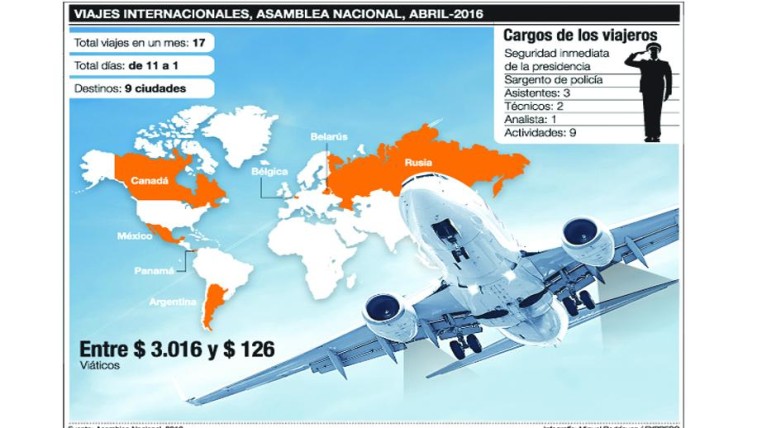 The National Assembly in an austerity plan because of the economic crisis. Between the items that suffered the cutout, we find the travels to the exterior.

Only in April, the Parliament spent 60.626,12 dollars in subventions for the exterior and in Ecuador. In this number, 24.973,62 dollars were used in the international journey, amount that does not include the flight tickets.

Those resources worked for 17 functionaries, that flew to other countries. Seven went to other nations of Latin America and two of Canada. While eight crossed the Atlantic: they traveled to Russia, Belarus and Belgium.