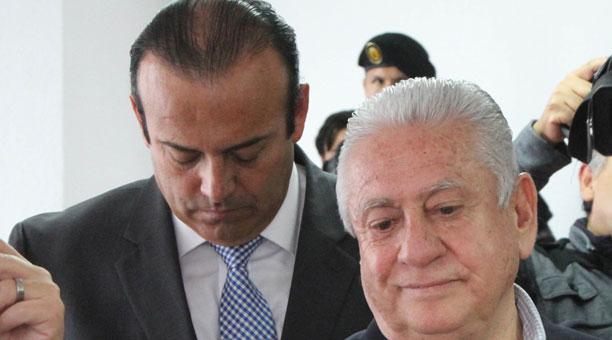 From 08:30 the trial for money laundering against three former executives of the Ecuadorian Football Federation (FEF) will continue at the Criminal Courts of Pichincha. Among the defendants are Luis Chiriboga, president of the FEF; Hugo M., former treasurer, and Peter V., former accountant the same body.

This is the fifth day of the hearing, and its is expected that the Attorney General´s office presents the last witnesses. This, after the representative of the organization, Diana Salazar, dispensed 25 people. She made that announcement last Thursday (October 13). That day an unusual fact was also recorded. Prosecutor Salazar presented the audio version of Eugenio Figueredo, former head of the Conmebol. However, Judge Miriam Escobar requested Salazar the minutes of legalization on the version. That document was not submitted by the Attorney General´s office, and that statement was rescinded. This was seen negatively by the defendants’ lawyers because “it was one of the most important testimonies,” said Juan Carlos Machuca, lawyer of Chiriboga. She made the same observation with the absence of testimony of Vinicio Luna, former Teams Coordinator of the FEF, who last May was convicted and sentenced to one year in jail.

Prepaid medicine would be more expensive and its demand lower

Four months to reverse the high level of electoral indecision