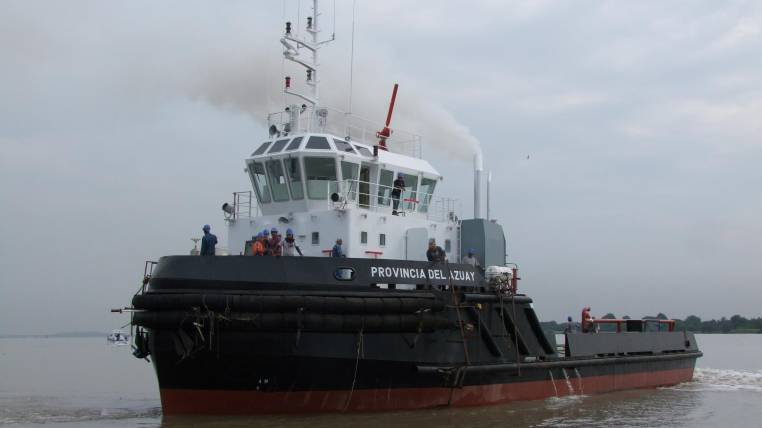 The competitive market is not the only obstacle that public companies face. The inadequate financial management, during the Government of former President Rafael Correa, passes bill to the current administrations. The public company Flota Petrolera Ecuatoriana (Flopec), for example, has a long list of unjustified expenses since 2012.

Observations come from all fronts. Petroecuador, the Coordinating Company of Public Companies and the General Comptroller’s Office have issued reports that show irregularities in the company responsible for the maritime transport of hydrocarbons and their derivatives.

Last week, the Comptroller General of the State read a report on the operations of financial administration of Flopec, from January 2, 2012 to September 30, 2017. There are ten findings that arouse several alarms in the control body.

One of those is the payment of travel expenses and residence expenses without the necessary justifications. Flopec canceled about three million dollars in excess for these items.

He also paid for communication services and uniforms that he did not use. The management allowed products to be made without studies and with surcharges.

The acquisition of boats is an example. Flopec bought, to the also public company Astinave, two boats for five million dollars. That, despite the existence of another offer for 2.9 million dollars. That is to say, the authorities of the oil company caused an affectation of more than two million.

The data is aggravated when, according to the draft report, the boats did not serve the purpose of purchase.

Among the irregularities is, in addition, the hiring of services to people linked to senior managers of Flopec. For the transfer of goods from Quito to Esmeraldas, for example, a company that belonged to the wife of the agency manager of the Oil Fleet was hired.

The operation violates the Ecuadorian regulations, according to the report of the control entity.

In the same vein, legal studies were paid that did not materialize and advertisements unrelated to the corporate purpose of Flopec.

EXPRESO consulted Danilo Moreno, former manager of the public company, for the damages detected by the Comptroller’s Office. He assured that he has all the backs of his management and that he will show them when the report is final and not a draft that cannot be delivered.

This newspaper also requested the corrective measures taken by the current administration of the state. Fernando Flores, general manager, said that his management is open doors and provided all the information required by the Comptroller. In addition, he stressed, once the report is official, the observations and recommendations will be fulfilled.

The public company Flopec replaced its managers and senior managers. In addition, he works with EMCO and the Ministry of Labor for the development of human talent.

All the advertising contracts that did not correspond to the business of the Ecuadorian Oil Fleet were canceled by the new general management.

The new administration of the public company began a process of renegotiation of leased vessels. That to get better conditions and prices.

Last year, the entity spent 402 million dollars out of the 443 million it had in its budget.