The Uber paradox: how the application releases and chains its drivers in the “collaborative economy”

Not having a boss, being independent, working at home, in the cafeteria, in the car … Is it really as wonderful as some imagine it? 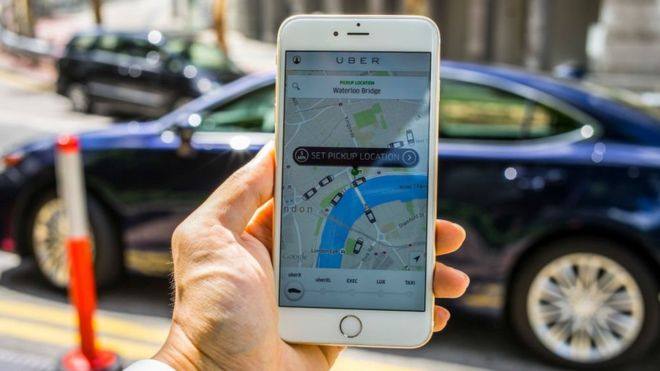 The Uber paradox: how the application releases and chains its drivers in the “collaborative economy”

The risks and challenges of the collaborative economy, also called “gig economy”, are visible throughout the world. Uber is part of a wave of platforms that offer new ways to buy, sell, rent and hire others temporarily: instead of salaried employees, freelancers are paid by consumers for performing a specific job.

And the platforms in this business argue that they do not employ staff, but only connect customers with people looking to earn money. No company is more symbolic of this change in working life than Uber. As a consequence, the firm has become a lightning rod on the discussions of what the “gig economy” really represents.

Abdura Hadi, an Uber driver who has worked on the streets of London for five years, has noticed a change. ”I used to work an average of 6 to 8 hours for 6 days a week to support my family,” he says. “Now it’s 10 to 12 hours.” He has noticed that in these 5 years, the number of Uber drivers has increased rapidly, but not the number of customers.

The increase in competition has made a particular part of the Uber platform critical: the software that determines who receives each trip. However, neither Hadi nor his companions know how it works. “My family depends on the algorithm,” he explains. “Sometimes it’s scary, but if it were fair, it would be fine.”

Like others, Hadi depends on Uber’s travel assignment algorithm, but says he doesn’t know how it works.

“It is a fact that drivers are working with less than the minimum wage,” says Hadi. This is rejected by the firm, which conducted a joint study with researchers at the University of Oxford (United Kingdom) based on the company’s administrative data. The analysis says that the average London driver earns about 11 pounds (US $ 14.20) per hour worked on the application. That is just above London’s minimum wage.

Neither cured ham nor sausages can enter Ecuador