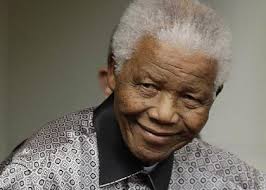 A large number of world leaders will attend the funeral and funeral ceremony of Nelson Mandela in South Africa.

United States President Barack Obama and his wife Michelle will attend on Tuesday to the ceremony  in Johannesburg , reported yesterday the White House.

Bill Clinton, who held the position of President of the United States when Mandela became the first Black President of South Africa, announced that he will travel accompanied by his family. Also George W. Bush confirmed his presence.

Nicaragua has designated  the former President of the General Assembly of the United Nations and Ambassador Nicaraguan Miguel D’Escoto, to attend the ceremony

Meanwhile, in the Mandela House, in the District of Houghton, Johannesburg, groups of people, black and white, men, women and children paid homage to former South African president and leader of the fight against apartheid, who died on Thursday at his home in Johannesburg at the age of 95.

The Government has ordered a week of mourning in which there will be several events. Tuesday is going to be a national memorial service at the stadium in Johannesburg where Mandela made his last public appearance, for the closing ceremony of the 2010 FIFA World Cup.

The State funeral of State and burial of Mandela will be in Qunu, his hometown, in the Eastern Cape Province, on Sunday, December 15.

Today is the International Day Against Corruption