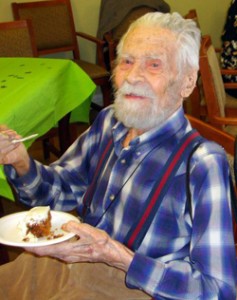 Imich attributed his longevity to his genes, not eating much, exercising and not drinking alcohol

At the age of 111 years, died on Sunday, in New York City, Alexander Imich, a Polish immigrant born on February 4, 1903 in southern Poland. On May 8, the Guinness World Records organization awarded him the title of the world´s oldest man, at 111 years and 93 days of life.

Imich attributed his longevity to good genes, not having children with his wife Wela, not eating much, exercising and not drinking alcohol. In 1951, he emigrated to the United States with his wife, who was a painter and died in 1986, settling in Connecticut. Imich was a specialist in parapsychology, he was polyglot and had studies in zoology and chemistry.