Guayaquil residents no longer know what to do with the bodies that decompose in homes. Some families have been locked up with the bodies of their relatives for up to four days and remain on the list to be removed by Legal Medicine. 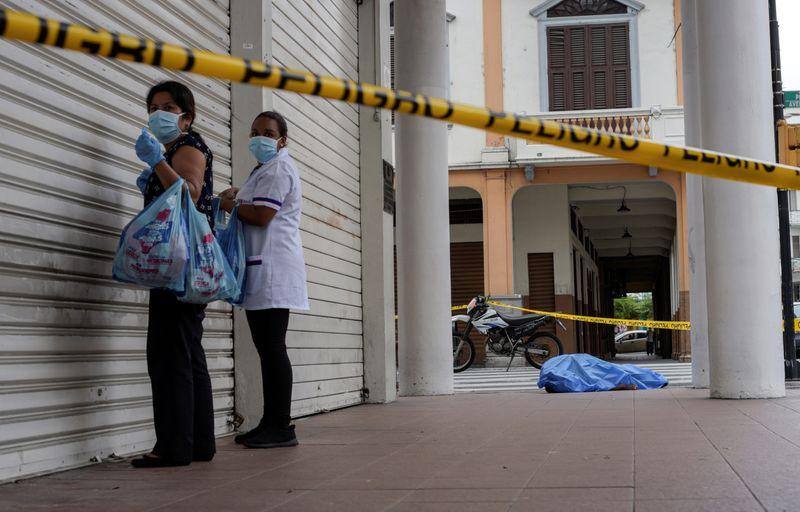 That generated reactions of discontent on Monday night when some people burned tires, furniture and clothing of some deceased in the suburb of Guayaquil. And through videos they threatened to incinerate even the bodies of the deceased.

That clamor of the relatives and the very fact that some corpses were beginning to be thrown in the streets of Guayaquil brought a reaction from President Lenín Moreno, who ruled out that mass graves would be used and said that the victims will have a decent burial and this Tuesday the authorities announced actions to solve the chaos.

There are no official figures on how many people have died and their bodies have not been removed, nor on the executions carried out. However, according to a list that the police have to go to the uprisings and which this newspaper could access, this Tuesday almost 450 bodies were registered on the waiting list to be removed from the homes.

A similar number was quoted by Guayaquil councilman Andrés Guschmer on Monday night. He noted that that list was 400.

The fear of the relatives and neighbors is of contagion. So the reaction of a group of people who burned tires and furniture on Monday night 19 and Q, Guayaquil suburb. There the family of a man who had died three days ago demanded that the authorities remove the body. Some deaths have been recorded in this sector.

In a video, however, it is seen how three almost unprotected men take a corpse on a sheet from the room of a house, deposit it inside a handcrafted wooden box, where they have placed a plastic.

The body was several days on a bed, where they had put lime for the bad smell.

In the Police registry more than 550 cases of death in homes have been reported since Thursday.

Another place where there were long lines this Tuesday was outside the Charity Board. There dozens of people were fighting for a space to watch over and bury their relatives.

Jorge Wated, chairman of the board of BanEcuador and current manager of the removal of the bodies, explained that about 150 bodies are collected a day.

“We have already buried almost 50 deceased in a dignified way, it is not a common grave. The others go to the provisional morgues at different points such as the Guasmo hospital, in the Teodoro Maldonado, Los Ceibos and Monte Sinaí hospitals, ”explained Wated, who admitted that there are some already collapsed morgues.

This was evident this Tuesday in the south of the city, where next to the Guasmo hospital were dozens of people trying to remove the bodies that would be in a refrigerator container installed there.

Jorge Wated also mentioned that with the help of private companies, a cemetery with a capacity of up to 2000 bodies is enlisted in Parque de la Paz de Pascuales and La Aurora parish.

He also confirmed what Mayor Cynthia Viteri said about the installation of three more containers for the storage of the bodies that are lifted from the houses.