There Will Be a Lunar Eclipse Tomorrow 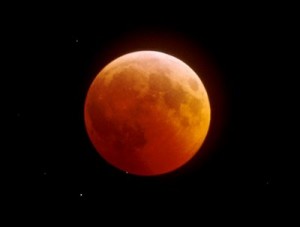 At dawn on Tuesday, humanity will have the opportunity to witness a total lunar eclipse, the Earth will stand between the Sun and the satellite, which is under plenulunio or full moon, the planet’s shadow will hide it slowly until it covers it completely.

The phenomenon will last three hours and 28 minutes, it may be seen in its entirety in the west of South America and USA (California Region), and partly in Europe, Asia and South East, according to the U.S. space agency (NASA) this week.
Not all South American countries will be able to see the end of the eclipse, while it ends at 8H01 in the states east of Brazil (where the DST) and the Uruguayan capital, Montevideo, at day. In these regions, the eclipse will begin at local 4H33.
In Mexico, this phenomenon will begin at 0H33. In Colombia, Ecuador and Peru, it will begin at local 1h33. In Venezuela, at 2H33. And in Chile, at 3H33.

As explained by the Canary Island Astrophysics Institute (IAC), a total lunar eclipse, is not completely dark. The sun’s rays refracted into Earth’s atmosphere, can illuminate the lunar surface, which in this case can be seen reddish from Earth.
A total lunar eclipse occurs when Earth passes between the Sun and the Moon. Earth’s shadow causes the moon to disappear for about an hour. Unlike total solar eclipses, lunar eclipses are seen from all over the night hemisphere of Earth.

In Tenerife, it could be a “single image,” told the IAC, since the shadow of Teide on the atmosphere coincides with the dawning point directly to the moon eclipsed inalignment “almost perfect.” This was also true in the eclipse of January 9, 2001.