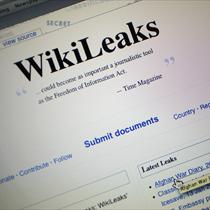 The Justice Department of the United States is searching for a way to stop the release of documents from WikiLeaks, this was informed by the Vice president Joe Biden.

Although Biden won’t be given any more details, he expressed hard comments regarding the WikiLeaks founder Julian Assange.

Biden stated to the program Meet the Press of the NBC network that if Assange confabulated with a member of the American army to obtain confidential documents is a completely different matter if a reporter received classified documents from a source.

The Vice President said that to him, Assange is a high tech terrorist. An American soldier is suspect of sharing information of 250,000 of classified diplomatic documents to WikiLeaks. This information is been released periodically.

The 33 Chilean Miners Have Copyrights