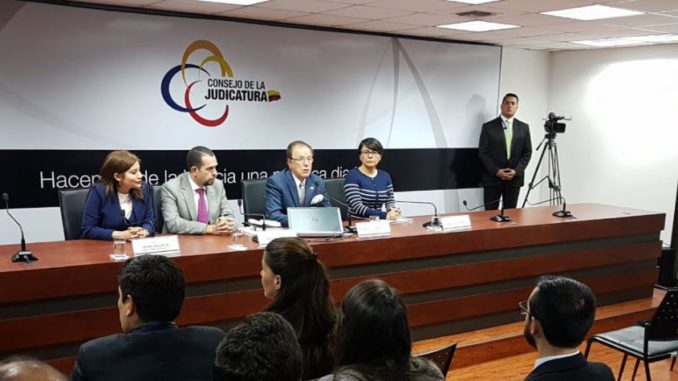 The association “Victims of the 30S” plans to request next Tuesday to the Council of the Judiciary an investigation to the authorities who collaborated in sanctioning dozens effective security for a disorder in 2010 that the then president Rafael Correa described as a coup d’état.

According to a statement released by that association, a formal delivery of the request will be made to the president of the Council, Óscar Ayerve, in which it is requested to investigate prosecutors and judges, as well as public servants in all institutions and agencies that collaborated sanction and condemn “innocent by the 30S”.

On September 30, 2010, the Ecuadorian capital was the scene of altercations as a result of wage demands by police officers, which led to a rise in proportions that the Executive of that time interpreted as an attempted coup d’état.

Former President Correa claimed to have been kidnapped at the Quito Police Hospital, facts that the opposition considered an excuse on the part of the president to open a witch hunt against any source of criticism, including journalists.

For these disorders, more than a hundred soldiers were sentenced to several years of imprisonment, although in the last year the penalties that weighed on fifty policemen and uniformed personnel were declared extinct, and amnesties have taken place in relation to the case.

According to the communiqué of the “victims of the 30S”, the document they will present before the Judicature provides a report with indications of criminal responsibility issued by the Comptroller General of the State on the investigation of the facts and the use of public funds of the Secretariat of Intelligence, supposedly to incriminate members of security apparatuses.

He mentions that “a premeditated manipulation of evidence, false witnesses, adulteration of documents, use of public funds was established to justify nationally and internationally an integral farce of the facts of a supposed coup d’état and subsequent frauds prosecuting him against hundreds of members of the Armed Forces, police and civilians “. (I)