“Thousands of dollars are lost in a few hours without energy” 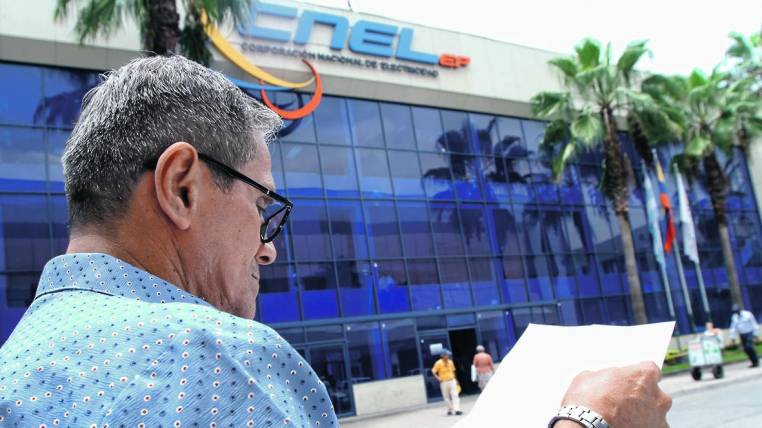 The consequences of power cuts that occurred late Monday afternoon and evening in several sectors of Guayaquil still have repercussions. To the complaints made by the users that register damages in their appliances or closures of their commercial premises, the worry of the private sector that registers losses due to the momentary paralysis of the production is added.

“When there are cuts the production continuity is lost, the material that is being processed is damaged, which can be recoverable –as in the case of plastics– or not, as for other materials or in the agroindustry; and values consumed in certain areas such as energy and labor are lost forever, “explains Caterina Costa, president of the Chamber of Industries of Guayaquil.

Costa mentions that the problem impacts all areas, including administrative and logistics, because that prevents the proper development of processes. In addition, it indicates that although most of the companies in the city have their own power plants, putting them to work implies an additional cost.

“Even when one is protected from cuts, even that generates costs that in other parts of the world, where there are no such problems, do not occur,” she says.

To this the risk is added. “If a generator is burned, we will lose between $ 60,000 or $ 70,000. ” Holbach Muñetón, president of the Federation of Chambers of Tourism, focuses on the hotel sector.

“The big chains put these teams to work more, running the risk of overheating and damage. And the small ones, on the other hand, lose: money and tourists. When they run out of light, they are left without air, without a lift and another series of services for which they are not responsible because they are up to date with their payments. ”

“The priority of the merchants is productivity. If now we are going to have to worry about cuts, we lose local and regional competitiveness, “says Juan Díaz Granados, executive director of the Chamber of Commerce of Guayaquil.

Juan Bastidas, an engineer in Electricity, agrees with Costa and mentions that the city is not prepared to face so many power cuts in such consecutive periods. “In the long run when you add up all the stops, it translates into losses of several thousand dollars, and not for a year or months, but for a few hours in which it does not occur.”

The expert indicates that this is a problem that should never happen. However, he mentions, the little investment of the State or the lack of maintenance or budgets to be able to maintain all those equipment properly and in operation.

The engineer Felipe Borja, former president of the College of Electrical and Electronic Engineers of the Coast, goes further and mentions that failures due to instability of the electricity system have become recurrent in recent years, which in the long term can bring more damaging consequences.

“The Santo Domingo – Pascuales transmission line has presented great instability in recent times. We currently have complications at the subtransmission level and power transformers at the overload limit. The authorities should pay close attention to the issue. ”

Until the close of this edition and 48 hours after the interruption, the Ministry of Electricity and Renewable Energy (MEER), in charge of the national energy system, has not disclosed the reasons that led to the disconnection of the electricity system transmission in the Pascuales Substation of the National Interconnected System.

“The detail of what caused the ruling is still unknown because it was not a failure of the National Electricity Corporation (CNEL), but originated in the transmission part of Transelectric,” said Raúl Intriago, Distribution Manager of the Corporation, in anticipating that today the MEER will issue a report on the technical studies carried out.

Branches vand dust cause other cuts

Regarding other sporadic cuts that the inhabitants have suffered in the last six months, the CNEL – without giving details of the figure – confirms that these have been caused by external factors: by contact with animals, branches and objects; damage to the transformers caused by the layer of dust that forms in summer; the posts knocked down by the impact of vehicles and other novelties that “are automatically alerted” by their Scada system.

Due to the recent interruption, the CNEL registers three queries about how to proceed with the insurance offered by the damages to electrical appliances caused by the ruling. This, despite the fact that the complaints, according to what EXPRESO stated in their travels, are greater. “The process is delayed, there the reason why many do not use it. There is no facility for insurance to act immediately, “Muñetón said. (I)