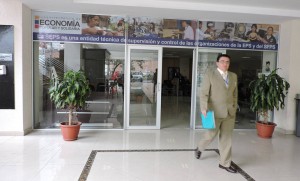 These are Kuri Wasi, Tungurahua and Tres Esquinas, which together had about 5,000 customers, mainly traders of the province.

The official noted that the Superintendency made the decision after the institutions did not submit information on whether they met the action plans developed by the agency, which had to be executed by their managers.

Uvidia indicated that the institutions themselves validated these plans by setting goals and timelines for their implementation.