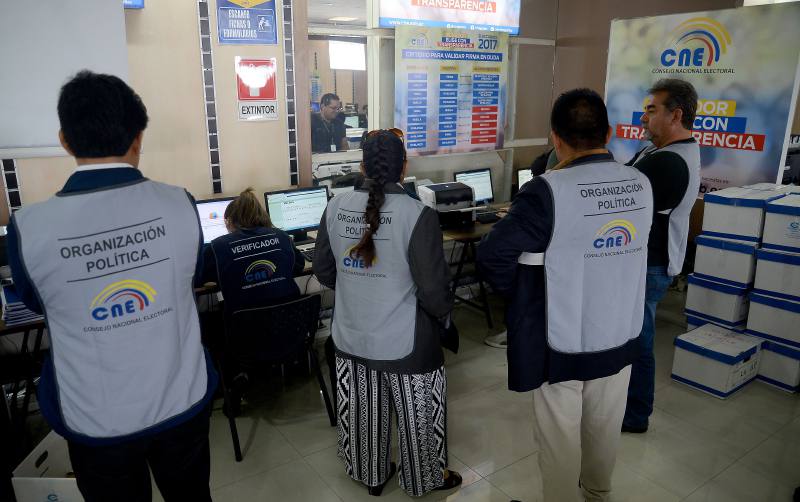 The review process of signatures to qualify the national and provincial parties that will participate in the upcoming elections entered the final stretch. A preliminary report by the National Electoral Council (CNE), to which this newspaper had access, states that three national organizations have already exceeded the number of required signatures.

This is the AdelanteEcuatoriano Adelante Party, led by Alvaro Noboa, which has 186,806 signatures approved. It is followed by the Democratic Left (ID), with Vilma Andrade at the head, with 184,284 signatures, and Social Commitment Force, with 174,700 signatures, directed by Ivan Espinel, former provincial director of the IESS and cousin of the current ministers and Fernando and Vinicio Alvarado Espinel.

The CNE has until next Thursday to determine which organizations are qualified. A session of the plenary of the Council to issue the respective resolution is scheduled for that day.