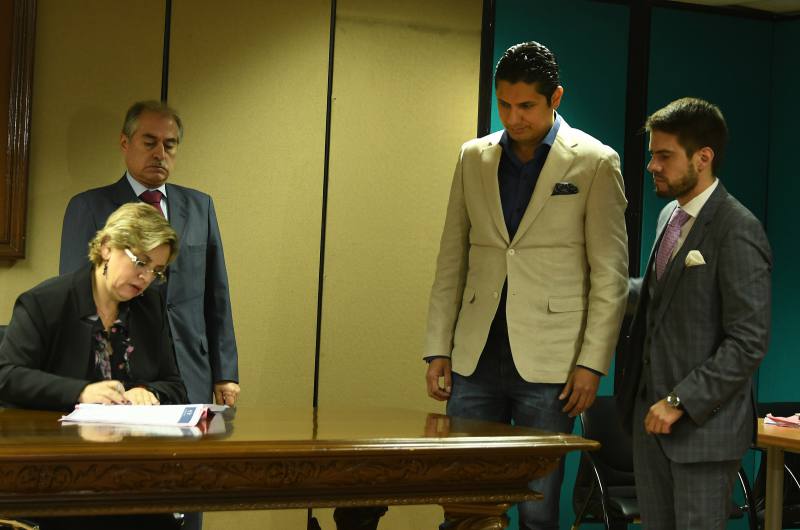 For the second time, the trial evaluation and preparatory hearing for the kidnapping of Ecuadorian politician Fernando Balda is different, a fact that occurred in Colombia in 2012. On Wednesday afternoon, Judge Daniella Camacho defined Tuesday, September 18, instead of August 6, for the performance of the diligence.

The deferral of the hearing comes at the request of Attorney General Paúl Pérez; Diego Chimbo, defendant of the defendants Luis Chicaiza and Diana Falcón Querido; and the private accuser of the Fernando Balda case.

The new date was set by the judge of the case and was announced at around 4:00 pm by means of a ruling.

Camacho resolved the change of date after analyzing the writings presented by Pérez, Chicaiza and Falcón who requested the deferment. While Balda requested that a new hearing not be scheduled between August 16 and 19, 2018, because his lawyer, Felipe Rodríguez, will be out of the country due to labor issues.

The judge in her ruling explained that the prosecutor Perez supported his request indicating that he has been invited by the Attorney General of the Republic of Brazil to the workshop called “DIÁLOGOS: A COOPERACAO INTERNACIONAL NO COMBATE A CORRUPCAO”.

On the other hand, Chimbo affirms that it is impossible for him to be in the audience on August 6, because that same day he has the trial hearing in the case of David Romo’s disappearance.

The ex-president Rafael Correa is one of the six investigated in this case and on him weighs an order of preventive detention, because he is identified as the average author of the crime that is pursued. The first time the hearing was deferred was at the request of the defenses of Correa and Pablo Romero, former National Secretary of Intelligence (Senain), also prosecuted. (I)