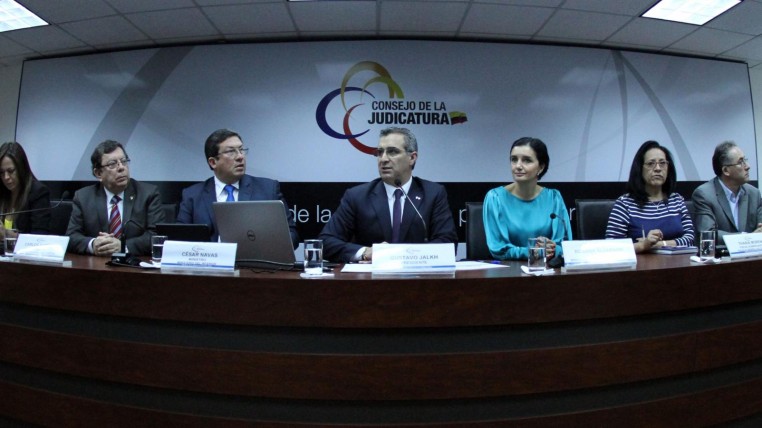 The pardon decree that formed President Rafael Correa signed a day before leaving office will allow some 3,000 prisoners to leave the prison system.
Ledy Zúñiga, Secretary of Drugs and Justice Administration, explained that this figure corresponds mainly to the so-called ‘mules’ of drug trafficking or those suffering from catastrophic diseases in the terminal stage. Their penalties will be reduced.

In that group, although in a smaller number, there will also be people sentenced with up to five years in prison, who served 30% of the sentence. They benefit from a partial reduction (365 days). Justice Minister Rosana Alvarado was the first to announce that figure Tuesday during the meeting of the court that was held in the Judicial Council.

The pardon is for all those who have committed crimes punishable by a sentence of up to five years. In this group would also enter those who have received sentences for protesting against the government.
The decree establishes exceptions for crimes of embezzlement, illicit enrichment, illicit association, fraud, sexual offenses, among others (I).