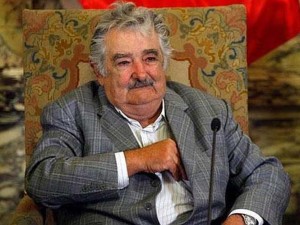 President Jose Mujica is nominated for the list of the 100 most influential people in the world that annually publishes Time magazine, which conducts a survey among its readers.

The publication describes Mujica as a man “known for his commitment to austerity” and enlights him for “turning the presidential palace and keep living in armony .”

The magazine also explains that the president set the trend at the end of 2013 of the legalization of marijuana cultivation and regulation of its sale.

Voting is enabled on the time.com web site and will continue in effect until 23.59 next Tuesday April 22.

The result of the poll will be announced on Wednesday 23 April and the official list of Time will be released on Thursday 24.