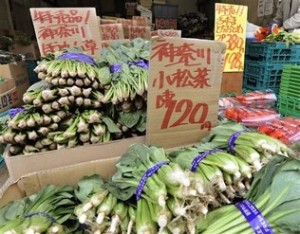 Tap water of Tokyo has doubled the standard limits for radiation considered safe for infants. Meanwhile the growing concern of the food safety continues to increase after the news of an unknown radiation leakage from the damaged Fukushima Daiichi nuclear power plant. The authorities informed this when a new radioactive smoke cloud appeared in the nuclear plant when its workers were trying to stabilize the complex.

The water department informed to the press that a water treatment plant in Tokyo detected that its water supply contains 210 Becquerel’s of iodine-131 per liter. The limit of Becquerel’s for children is of 100 per liter. Now infants and babies in Tokyo must not drink water from faucet. However it does not represent a threat to adults. Nearly to weeks after the natural disaster that damaged the nuclear plant, the officials struggle to stabilize the Fukushima Daiichi facility.

The radiation has leaked into the vegetables, unpasteurized milk, the running water and even the seawater in the areas that surround the nuclear facility. Today the broccoli was also added to the list of radiated vegetables, which include spinach, canola, and more. The Japanese vegetables represent a 4% of imports from United States; FDA does not foreseen that the radiation could be a risk to the American food.

Bryan Adams Receives a Star in The Hollywood Walk of Fame