Tourism in the Galapagos Islands increased by 6% in 2014 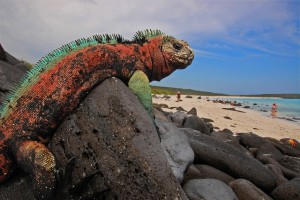 According to a report by the Galapagos National Park (GNP), 215 691 tourists visited the Galapagos Islands during 2014. 70% of this total were foreign (149 997), of which the Americans were the ones who most visited the archipelago, followed by tourists coming from the United Kingdom (6%), Germany, Canada (4%), Australia (4%), and Argentina (3%). The remaining 23% came from other countries in the world.

The ‘Transit Control Card,’ a system of tourist information, compiled this data, which was provided by the tourists on their entry to the Galapagos. Declared World Heritage Site by the United Nations Educational, Scientific and Cultural Organization (UNESCO) in 1978, the Galapagos Islands are the main tourist attraction in the country.