There are only two steps to go before the trade agreement with the states of the European Free Trade Association ( EFTA ) comes into force. 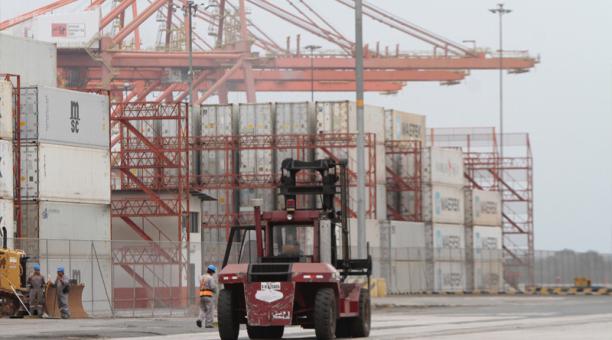 The first is the publication in the Official Gazette of the Decree of ratification of the agreement signed on Wednesday elpresidente of Lenin Moreno.

The second step will be for the Foreign Ministry issued diplomatic notes to members of the bloc: Norway, Switzerland, Liechtenstein and Iceland. This could happen between this month and the first days of July.

The treaty will enter into force three months after complying with this procedure; that is to say, between September and October, explained Daniel Legarda , vice minister of Foreign Trade of Ecuador.

The negotiation of the agreement ended in June 2018 and the treaty was initially expected to enter into force in September last year, but the procedures took longer than expected due to the various authorizations through which the text had to pass.

EFTA is a market of 12.5 million inhabitants, with a high GDP per capita. That of Switzerland, for example, is USD 75,000 or 12 times more than that of Ecuador. In other words, it is an attractive market with high purchasing power.

The treaty will allow Ecuador’s exports to grow by 12.8%, especially agricultural goods such as bananas, cocoa and flowers.

Increases in shipments of non-agricultural products such as tuna are also expected.

Other merchandise with potential to grow are canned vegetables, fruit, wood and palm derivatives.

In return, Ecuador may purchase EFTA products with periods of progressive reduction of tariffs, in terms of 0 to 17 years.

The country imports machinery, medical equipment, supplies to make beverages and other raw materials from the block .

The commercial framework will also allow the Ecuadorian consumer to buy cheeses, cars, watches, fertilizers or cosmetics at better prices.

The treaty with the Nordic countries also offers export opportunities for products from micro, small and medium-sized companies and from the Popular and Solidarity Economy, emphasized Legarda.

According to official data, between 20 and 30% of shipments to the block are made by companies in those segments .

David López , technical head of the Quito Chamber of Commerce , believes that, although the agreement brings benefits, it is still necessary to work on competitiveness and cost structures so that companies can compete in that market.

“The task is incomplete if only you think of the opening of the trade and not on how to reach that destination competitively , ” he said.

Some 150 companies export to EFTA countries, according to data from the Ecuadorian Federation of Exporters ( Fedexpor ).

The block will grant Ecuador the total and immediate elimination of the tariff for all non-agricultural goods ( processed sardines and tuna, wood or textiles).

Flowers are a sensitive input to the block , which is why they are currently taxed at 195 francs for every 100 kilograms to enter Switzerland and up to 212% to enter Norway .

Thanks to the agreement, the roses will be sent duty free to Switzerland and Norway in certain months of the year.

Fruits such as bananas, mangoes and pitahaya will enter Switzerland without paying a tariff. The cocoa also have 100% relief.

And there will be a partial lowering of the tariff, depending on the country, for pasta, dairy products, frozen broccoli and other supplies.

With all this, according to the Production Portfolio, a potential increase in shipments to the block is expected; especially to Switzerland and Norway.

Jewelry and vehicles at low prices

Products like cheeses, antibiotics, medical supplies like hearing aids and implants, vaccines, watches and fertilizers will come at a lower price from the four Nordic countries.

For Cristina Murgueitio , director of the Ecuadorian Association of Importers and Distributors of Medical Products ( Asedim ), the agreement favors and facilitates access to new medical devices, of quality and technological innovation for the country.

99% of medical devices (supplies, equipment, reagents) are imported by Ecuador. Of that figure, around 2% corresponds to Swiss inputs.

There are also benefits for the entry into Ecuador of cosmetic products, vehicles and jewelry (especially watchmaking).

The trade agreement set a quota to import 140 tons of cheese from Switzerland exempt from tariffs.

More machines can be purchased

The tariff preferences for imported inputs include 1,002 items. Of these, 98% is non-agricultural production.

The agreement will allow a 4.6% increase in purchases from the block, mainly in capital goods for the industry .

With Switzerland and Norway an import growth of 5% is expected.
Meanwhile, the flow of products from Iceland could increase by 3%.

65% of imports from EFTA correspond to raw materials and capital goods necessary for the industry , said the Ecuadorian Federation of Exporters ( Fedexpor ).

For example, from Iceland you can buy products without a tariff such as orthopedic devices and prosthetics , current generators, among other supplies.