A visit by a foreign buyer to the Agroficial production plant located on the road to the coast was the beginning of a process that allowed the shipment of chocobananas to Japan to be finalized. 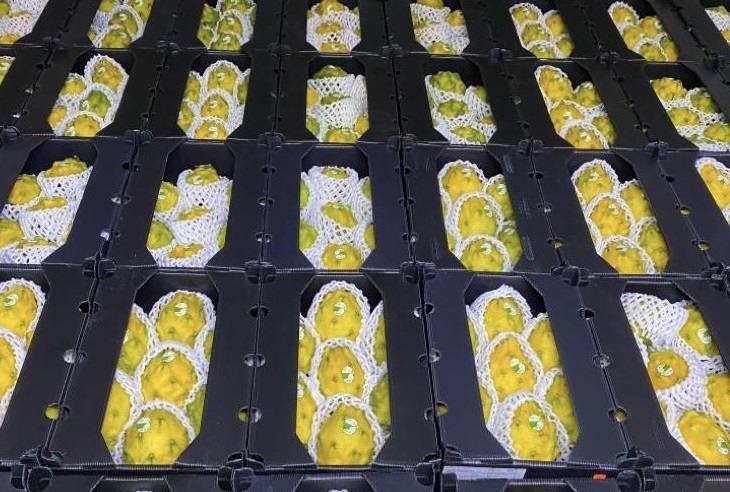 Six thousand boxes of chocolate-coated popsicle bananas came out in late May in a container to be sold at convenience stores.

The export crystallized after a negotiation that lasted almost a year due to the requirements that must be met to reach the Asian market.

Jaime Cruz, manager of International Business in the Food Unit of the Vilaseca Group, points out that the expectation is to send another container in the last quarter of this year and to resume shipments of the product that is sold under the Choks brand in 2021.

The frozen chocobanana, a sandwich that is sold by hand in neighborhoods in Ecuador, is a product that joined the portfolio of this group because there are buyers at international fairs who are looking for innovations.

Cruz says that, as in Japan, Ecuadorian bananas are well positioned and have good expectations.

For this project they managed two presentations: milk chocolate and dark chocolate. “In Japan they like milk chocolote, sweeter flavors,” says Cruz.

During 2019 and so far in 2020, a total of 97 companies have managed to enter their products into new international markets , according to the Ministry of Production.

Despite the COVID-19 pandemic and the complication of some markets, nearly a dozen companies have managed to send their products to countries where they previously had no presence, some with non-traditional items.

There are, for example, Lanonexport, which exported green plantain for the first time to the United States, and Café del Cerro, which made its first export to Los Angeles through the Everglobe distributor for Amazon channels and other supermarkets in that city.

Magnaflor was able to make its first export of roses to Indonesia, and Livekuna managed to send a container of quinoa and chia snacks to Guatemala.

The pitahaya planted in Ecuador has also been able to enter the Turkish market with a first export from the Pitavit company.

Alejandra Vallejo, commercial manager of Pitavit, indicates that they have started with the shipment of 180 boxes of 2.5 kilos of yellow pitahaya. The export came after several months of talks after establishing contacts.

“It is the first Ecuadorian company to send pitahaya to Turkey,” says Vallejo.
Pitavit already exports its fruits to Malaysia, Singapore, Hong Kong, Canada, and the Netherlands.

The processed fruit has also found other niches. Austrofood, which has its plant in Sangolquí, sent a container of fruit puree to Peru to place it in the retail.

Manuel Cornejo, Austrofood executive, points out that the company has its own plantations and works with producers. Since 2018 they began to export and this year they added Peru. The product was shipped under the Wanabana brand, as sold in Ecuador. (I)

The time to complete a shipment

Finalizing the export of a product and entering a new market is not a matter that takes place in a matter of days. Many companies can take from three to 1 year to execute the first shipment to a new country.

Exporters looking to open new markets generally make their first contacts with potential buyers at fairs, appointments or business rounds. In this, the commercial offices of ProEcuador become a support.

According to the Ministry of Production, the time it takes to finalize an export depends on various factors such as the export culture, prices, adaptation of the product to the destination market, approval of health notifications and finally the completion of the negotiation.

The advantage of the fairs that take place in Ecuador is that the buyer can have the opportunity to visit the production sites.

The Japanese promoter of Ecuadorian products

Yusuke Iwata is a kind of promoter of Ecuadorian products in Tokyo . He frequently posts photos of bananas, broccoli and other national products he finds in Japan on his social networks.

This Japanese began to have an approach with Ecuador when the soccer team was in his native Tottori in the 2002 World Cup. From there he became interested in national soccer and began to follow what is happening in the country at a distance. When Liga won the Copa Libertadores, it became a fan and was received by playing in Japan.

Yusuke appreciates Ecuadorian products and consumes them frequently . “I buy Ecuadorian bananas and broccoli in supermarkets that are close to my house,” he says.

Eat bananas in juices or cake. “I can also find cocoa here, it is used a lot for sweets. In addition, chocolate, toquilla hats, coffee are sold, but they are more expensive, ”he says. (I)