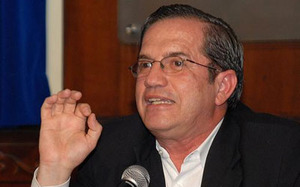 Ecuador’s Foreign Minister Ricardo Patino called last Tuesday a “plague” to those treaties of reciprocal protection of investments. Quito would be subjecting them to a Latin American audit to finish the ones that affect the country.

These agreements “were a pest in Latin America. They took advantage of the long sad night of the neoliberals to dabble with these treaties, and to engage and tie our hands and feet to the defence of States with respect to transnational corporations,” Patino said in an interview with channel GamaTV.

Last Saturday, the regime leader, Rafael Correa, said that a Latin American expert commission will audit 32 investment protection treaties that Ecuador has with other countries.

The president and his regime questioned these treaties and thus were terminated with France, Germany, UK, Ireland and Sweden.

Correa added that the National Secretary of Planning and Development (Senplades) said that Quito would submit 26 agreements to an audit.

For its part, the chancellor “estimates that the commission will conclude its work in eight months. This is the charge that President established.”

Patino already had experience in the audit field, after chairing a commission in 2008, where he audited Ecuador’s foreign debt, the same that was described as illegitimate by the regime of Correa.

Carlos Ochoa is the Superintendent of Information