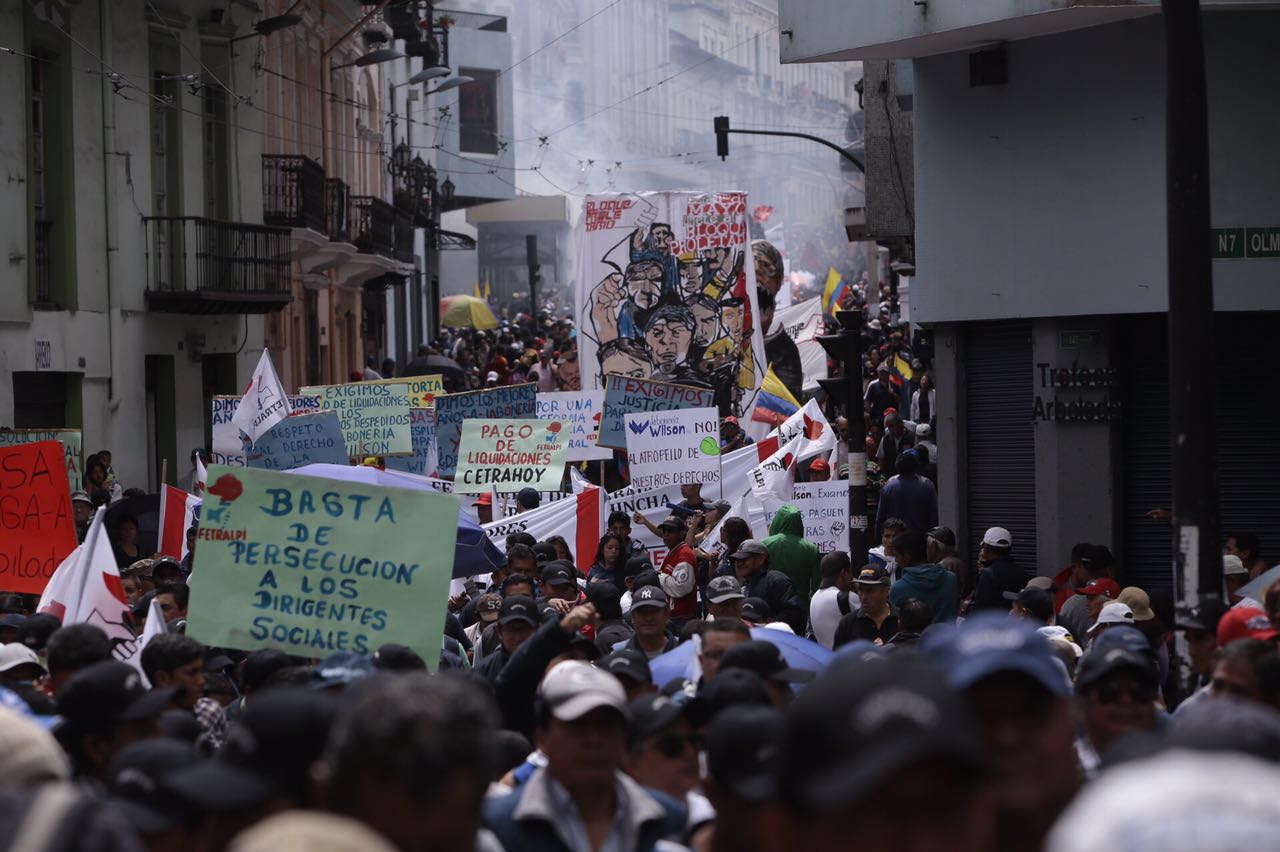 Twelve people were arrested on Monday for “signs of violence and the possession of Molotov cocktails” in the Plaza de Santo Domingo, the final destination of the march organized by anti-government trade unions in commemoration of the Labor Day.

According to the Ministry of the Interior, with sticks, stones, and other objects, those detained tried to break the metal fences and to attack police members. Fences were placed in the streets around the presidential palace.

They were arrested and taken to the Crimes Unit, in the north of the city. Patricia Echeverria, who showed wounds in her body, she assured were a product of the altercations with police officers, gave her version of the facts.

She said that at approximately 13:00 at the intersection of the Sucre and Guayaquil streets, a few blocks from the Carondelet Palace, one of the metal fences was torn down, there was tear gas and the police tried to detain her, but with the help of other people, she could escape.
The mobilization brought together leaders, workers, and sympathizers of trade union centers, the Conaie, the Federation of University Students, the National Union of Educators (UNE) and the Popular Unity Movement (former MPD).

An inheritance full of edges