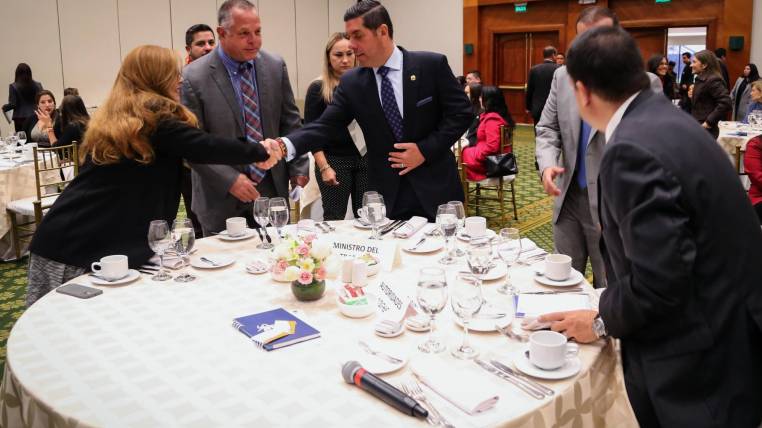 One day after the unsatisfactory employment figures for 2017 were announced, two new types of contracts entered into force that are part of the measures that seek to boost the labor market.

Since yesterday, the hotel and tourism sector and the banana have new contracts. This was stated by the Labor Minister, Raúl Ledesma, during a meeting with the representatives of the Association of Human Management of Ecuador (Adghe), on Tuesday.

Ledesma explained that the contract proposed by the Government for the banana sector proposes days of 100 monthly work hours, which may be partial or complete. The daily work hours will be established according to the times of work in the year.

However, until yesterday afternoon still the ministerial resolutions that formalized the new contracts were not on the website of the Ministry of Labor.

Nor was it informed when the other five contracting models will enter into force.

EXPRESO asked the entity about this fact, but until the closing of this edition there was no response.

Eduardo Ledesma, president of the Association of Banana Exporters (AEBE), said that the new contractual model is good news and explained that personnel are needed for specific processes, such as fertilizing, packing, cutting, etc.

With the new contract, they expect to regularize some 50,000 employees in the banana companies, assured Ledesma. This will allow workers to access more benefits, such as social security.

While in the hotel sector there are events for which it is necessary to employ personnel only for these activities, the minister explained. Diego Utreras, Executive Director of the Hotel Association of Ecuador (Ahotec), said he still does not know the entry into force of the new contractual model and hopes to be able to see how it was to issue an opinion. In total, there are seven new contracts that seek to adapt to the reality of each sector and generate more jobs.

Among them are the contracts for the agricultural, aquaculture, floriculture, livestock, construction and artistic sectors. On January 3, government authorities presented the National Employment Policy as a measure to generate more jobs and combat underemployment.

The initiative seeks that 250,000 workers agree to a formal contract. According to the latest report from the National Institute of Statistics and Census (INEC), in December 2017 the unemployment rate reached 4.6% nationwide, below the 5.2% registered in 2016. While underemployment it did not vary. The rate stood at 19.8% in December last year, almost at the same level as in the same month of the previous year: 19.9%. Employment policies Young boys The Government announced that it will implement the youth contract that aims to insert 60,000 young people, between 18 and 26 years old, into employment positions until 2021.

An additional policy to increase employment are internships. For this, the Government seeks to strengthen its My First Job project, which will incorporate young graduates or students.

The new modalities of contracts seek to adapt to the dynamics of seven sectors: tourism, agriculture, aquaculture, floriculture, livestock, construction and art. (I)