The holder of that portfolio of State, Carlos Perez, said yesterday that the Hydrocarbons Secretariat has ready the bidding documents. It remains to hope that the President of the Republic, Lenin Moreno, signs the executive decree that will make the process viable. “We have had the visit of companies such as Exxon (Mobil) and Shell and have shown interest.”

The Confederation of Indigenous Nationalities of Ecuador (Conaie) has serious doubts about the project, as it maintains that no prior consultations have been carried out for all the communities that settle in the area, as mandated by the Constitution. In this regard, Perez clarified that although the previous government already made a consultation, apparently this did not reach all the people in the area of influence. He indicated that he asked the president of CONAIE, Jaime Vargas, to indicate which indigenous nationalities are needed to socialize the plan before proceeding with the tender.

His request, he said, has not yet been addressed. However, Hydrocarbons will follow up so that before the start of the round the issue will be put to the consideration of the communities. “We have to see what concern they have and what we can do,” he said during the 2017 Accountability event.

Last week the Ecuadorian government signed contracts for the exploitation of four smaller fields for an investment of $ 696.1 million. The minor fields that were not awarded in that process, Blanca-Vinita, will be renegotiated in the first week of March.

The process will include mature fields such as Cuyabeno-Sansahuari, Oso and Yuralpa. Pérez told the Reuters news agency that next month’s round will contemplate the ‘Amistad’ gas field, located in the Gulf of Guayaquil. “We have to work a little bit on the legislation because the gas is not well legislated here in the country.” The crude fields will be developed under service contracts with state oil company Petroamazonas. (I) 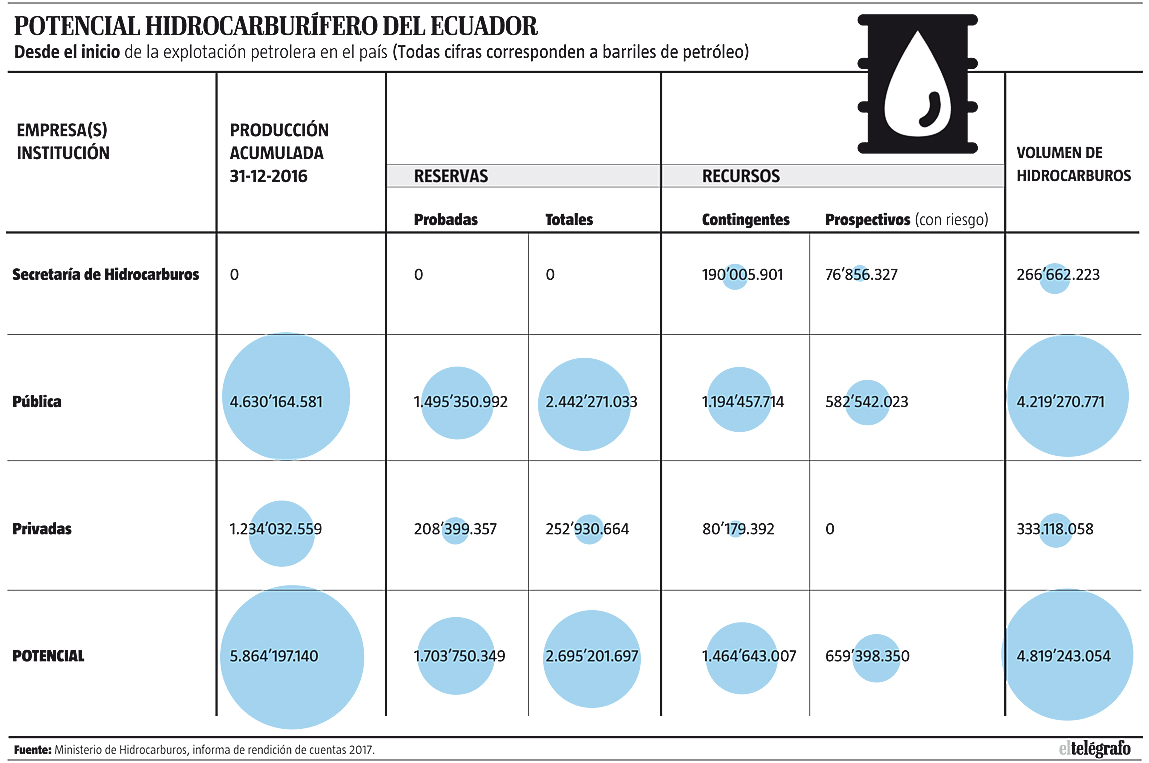