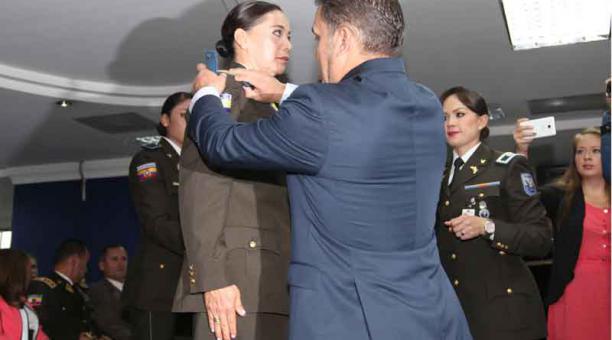 The morning of July 6, 2016 the so-called administrative promotion to the rank of general six police officers was held. For the first time in the history of the police institution two women were promoted to the high ranks. They are general Ivonne Daza and Maria Fernanda Tamayo.

“This is outstanding since today two of my colleagues are promoted,” said General Lenin Bolanos _ on behalf of all the officers promoted.

Meanwhile, General Chief of Police Diego Mejia said that after the promotion of the officials, the institution becomes the first hierarchical body “that opens the door to gender equality.”

Interior Minister Jose Serrano, who also attended the ceremony, referred to this fact. “Today we mark a milestone that responds to the fierce struggle of female police officers, brave women who have demonstrated their tenacity, courage, discipline and countless qualities that today grant them the highest rank within the institution of order.”