Two substations are being built by induction cookers demand 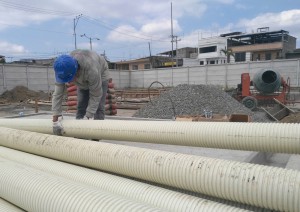 The National Electricity Corporation (CNEL) is building two substations in northern Guayaquil, to reinforce home networks, focused on alleviating the demand for energy generated by the use of induction cookers, reported Alfredo Villacreces, responsible for the Distribution Direction of the Guayaquil Business Unit of the CNEL.

Works in Guayaquil would benefit about 10 thousand families of different neighborhoods and citadels of the north. In the case of the zone located around the Narcisa de Jesus highway, energy will be concentrated in housing developments along the route, including Mucho Lote 2, Metropolis 1 and 2, among others.

Guinness record for Ecuador by siembratón