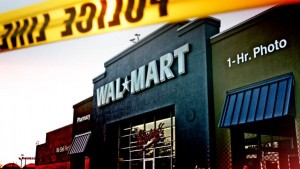 A two-year-old child killed this Tuesday, December 30 his mother when accidentally shot the gun she carried in her purse, reported the US authorities. The incident occurred at a Walmart supermarket in the town of Hayden, in the state of Idaho (northwest).

The child was seating in the grocery cart, from where he “grabbed the gun the victim had hidden in her purse, activating it and reaching the victim,” Miller said in a statement.

The Lieutenant confirmed that the woman, originally from Blackfoot, another city in Idaho, had the permit to carry hidden weapons.